A little corner of the Sunset Strip comes back to Ireland with the mighty Skid Row how will be headliner two exclusive shows in Dublin and Belfast in March 2018. Get full details below; 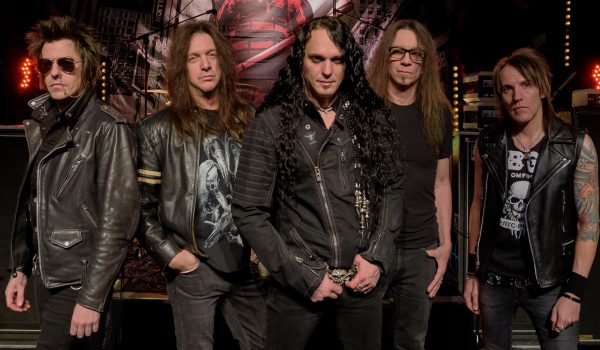 Skid Row will be taking to the stage in Dublin’s Academy on Friday, March 2nd with special guests Toseland for the first show of their European run of dates. This will see the bands first Irish appearance with former Dragonforce vocalist ZP Theart.

Speaking of the band, Theart commented;

“I’ve been a mad fan of this band since I was a teenager, and to now be a member of Skid Row, is beyond any sense of my imagination! We’ll be hitting the studio to get started on some new material and I’m beyond excited, to say the least. This is a whole new deck of cards and there’s gonna be no holding back!” Theart adds.

Classic dual-guitar teams are a key component of great songs — K.K. Downing and Glenn Tipton.  Scott Gorham and Brian Robertson. Dave Murray and Adrian Smith. Add Snake and Scotti Hill to that list. “Playing as a team for over thirty years, our styles are still as unique as our personalities —as unique as our band,”. “Combine them together on United World Rebellion-Chapter Three and you have the Skid Row guitar sound. That sound is rambunctious exuberance”, Scotti says.

They got older, but Skid Row never really grew up. United World Rebellion–Chapter Three is still the youth gone wild, their musical spark still burning gasoline. “I will always be that 16-year-old kid in front of the mirror, pretending to be Ace Frehley or Michael Schenker,” Snake admits. “It’s still about writing a great song with your friends, praying it connects with someone. That has never left me. That willfulness will always exist, and there’s so much left to say!”

And so the rebellion continues.

Win one pair of tickets to the Dublin show by clicking on our official Facebook link here. Please share this post on your timeline as a PUBLIC POST and tag the friend that you wish to bring to the show. Good luck! Winner announced Friday, December 22nd.

Catch Skid Row in Dublin’s Academy on March 2nd and Belfast’s Limelight on March 3rd with further dates across the UK, throughout the rest of the month. Tickets for the Dublin show are priced €30.00 (inc booking fee) via Ticketmaster and Sound Cellar. 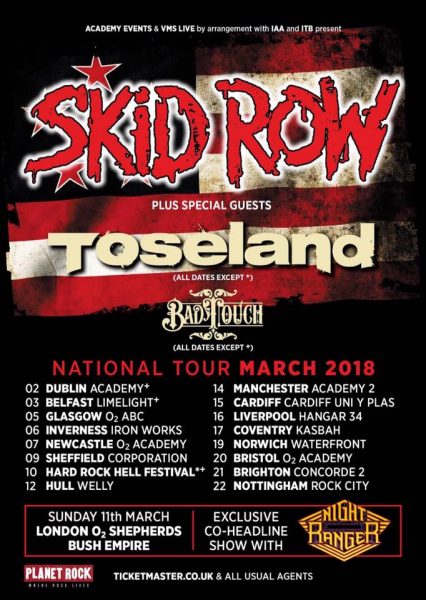