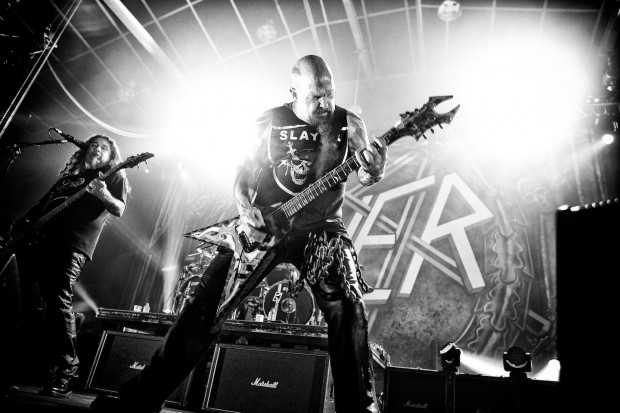 Thrash legends SLAYER have confirmed that they will be taking the stage in Dublin’s 850 capacity Academy on Monday 10th June. Tickets for this event will go on sale this Friday 8th of March at 9am and are expected to sell out faster than the BPM in Angel of Death!

Tickets are priced at €42.50 inc booking fee and will be 18+ show. To purchase tickets please use the links we have provided below.

In other news, Slayer drummer Dave Lombardo, was recently dismissed from the band’s current Australian tour due to a financial dispute shortly before the thrash legends were set to take off into the Southern Hemisphere. There has been much debate regarding the true inner workings of the dispute, but regardless, Lombardo has taken to his personal Facebook fan page to thank his loyal followers. 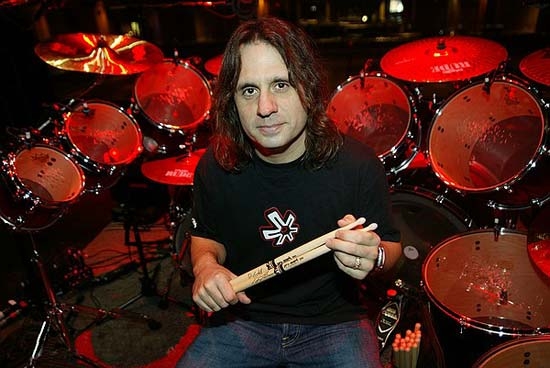 Two weeks ago, Lombardo broke the bad news on his Facebook page, revealing that he would not venture south for Slayer’s Australian tour dates. Lombardo posted a lengthy, yet revealing account as to why, with Slayer quickly following suit by releasing an official statement confirming Lombardo’s claims while insisting “Slayer does not agree with Mr. Lombardo’s substance or the timeline of the events.”

Slayer guitarist Kerry King would later offer his own details on the group’s trouble with Lombardo. “I planned on him being here up until the Monday before I left,” King begins. “And then I saw trouble in paradise, and since I am the mastermind on making decisions like this, I was like, ‘Alright, I’ve got to have a backup plan, just in case.’ I would have hated to have just Australia blown out. Can you imagine how s—ty that would have been? So I did what I thought was best and we pulled it off.”

Lombardo has been replaced on the Australian dates by Jon Dette (Testament / Evildead), who strangely enough is also filling in for Anthrax‘s Charlie Benante during their own Australian tour, as the drummer was forced to take a leave of absence to focus on “personal issues.”

Thanking his fans for their unwavering support, Lombardo writes:

“I have always known that my fans were awesome! But never has it been more clear to me than in the past two weeks, how passionate, supportive and sincere you really are.

Thank you for all your kind responses and I hope to see you all very soon.

Lombardo’s spot as a permanent member of Slayer seems somewhat up in the air, but stay tuned to Overdrive for all breaking news on Dave Lombardo and Slayer.

The band are currently on tour in Australia and have completed a few dates of the Soundwave festival see fan filmed footage of their full Sydney show below.

Tickets for this event can be purchased from Sound Cellar on Nassau Street Dublin 2. Please call +353 16771940 for more details or log onto Ticketmaster.