One of the most iconic and pioneering metal bands of all time, SLAYER has given the world a discography that is rich and powerful, not to mention ground-breaking in every aspect. Their legendary sophomore album, ‘Hell Awaits’ turns 35-years-old today. 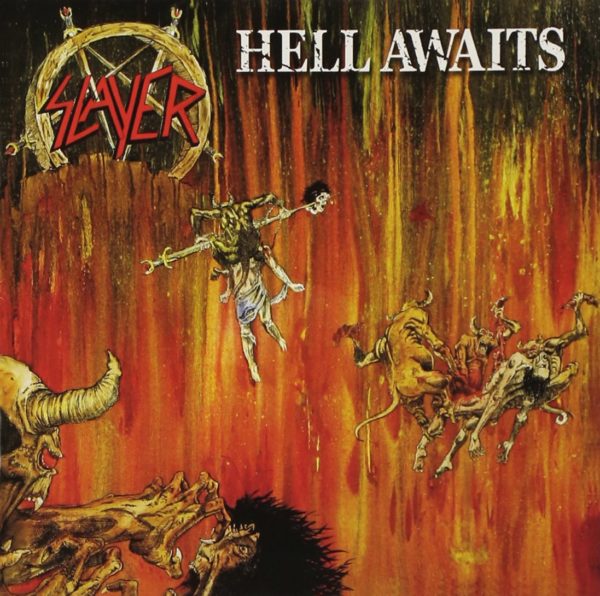 Released in March 1985 via Metal Blade Records, ‘Hell Awaits’ is the second studio album from Slayer following their 1983 debut ‘Show No Mercy’.

In an age when songs of love and partying were considered acceptable, a new wave of music swept over the world where death and Satan were commonplace. Thrash metal had breathed its first breath and for those too weak to withstand its wrath…Hell Awaits. 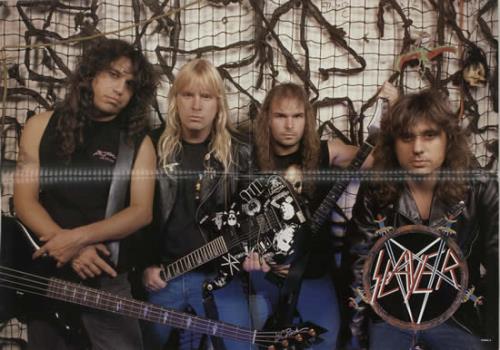 This isn’t Slayer’s most aggressive or heaviest output, nor is it their fastest or most refined, but it is undoubtedly their most menacing and morbid.

Recorded on a tiny budget – certainly by today’s standards – the album had that certain intangible menace that only a few metal records can equal. Part of that was the cover-art itself: a hellish depiction of evil which had none of the low-budget horror look of their previous releases (see above). This was more serious and consequently made the listener take the album’s seven tracks rather seriously too. 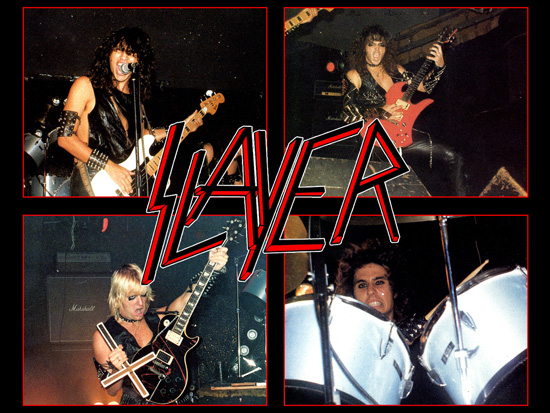 Respected critic Geoff Barton (founder of Kerrang! Magazine) famously branded Slayer as “the most threatening, subversive band on the planet” upon the release of ‘Hell Awaits‘ and not many could argue with the exception of Venom who were yet to release their fourth studio album ‘Possessed‘ the following month (April 1st, 1985).

While later Slayer albums too often overshadow it, Hell Awaits is as much a thrash classic and has earned its place in the Metal history books.

Listen to “Hell Awaits” via the stream link below;