With the premiere of ‘Pride in Prejudice,’ SLAYER completes the ‘Repentless’ music video trilogy. A convicted prisoner on death row…a family unit putting up the Christmas decorations… two worlds, lightness and darkness colliding…white supremacists…ruthless murders…SLAYER’s ‘Pride in Prejudice’ music video. See the video in full below..

The first video, ‘Repentless,’ was released 9th Nov 2015 and has accumulated nearly 9.8 million views to date. It introduced us to Wyatt, the eye-patched rebel inmate (Jason Trost/’Hatchet III‘) and a host of nefarious prisoners played by some of today’s most iconic horror movie actors including Danny Trejo (‘Machete‘, ‘From Dusk Till Dawn‘), Tony Moran (‘Halloween” Michael Myers, ‘American Poltergeist‘), Derek Mears (‘Predators‘, ‘Friday the 13th‘), Tyler Mane (‘Halloween‘), Sean Whalen (‘Men In Black,’ ‘Halloween II‘), and Vernon Wells (‘Mad Max 2,’ ‘Commando,’ ‘Weird Science‘). ‘Repentless’ was shot at the Sybil Brand Institute in East Los Angeles and has SLAYER performing the song in the prison yard while a riot breaks out, with blood flowing and inmates & prison guards brutally slaughtered.

From the very first frame, ‘You Against You,’ the gore, the violence, the carnage begins and just never ends. While the second video in the trilogy, it is the prequel to ‘Repentless,’ telling the story of the circumstances that led to Wyatt’s erroneous arrest and imprisonment. SLAYER’s performance for ‘You Against You’ was shot at a graveyard of jets, airliners and helicopters in California’s Mojave Desert. ‘You Against You’ premiered 16th March 2016 and has accumulated more than 4.6 million YouTube views.

Watch the video in full here;

The ‘Repentless’ video trilogy was conceived and directed by BJ McDonnell who directed the 2013 horror film, ‘Hatchett III.’ His rich resume as a motion picture cameraman includes ‘Jack Reacher,’ ‘Tomorrowland‘ and ‘The Interview,’ and just wrapped filming for the upcoming ‘Annabelle 2.’

“I’m particularly excited about this third video,” said director BJ McDonnell, “because we played with stylistic differences with the trilogy. Where one video plays like an action film, this third one is more of a dramatic piece. The final story takes us into a world that is especially sinister in tone, with the dark and the light colliding. The conclusion is visually cinematic and harsh, with Slayer conducting us through it all with ‘Pride In Prejudice.'”

“It was a pleasure working with BJ on this project,” said Slayer’s Kerry King. “Slayer is notorious for letting the artist be the artist, the producer be the producer, and the director be the director, etc. By doing this we get a completely unique perspective that never really strays far from our own. Get ready for video three. It’s my favourite!!” 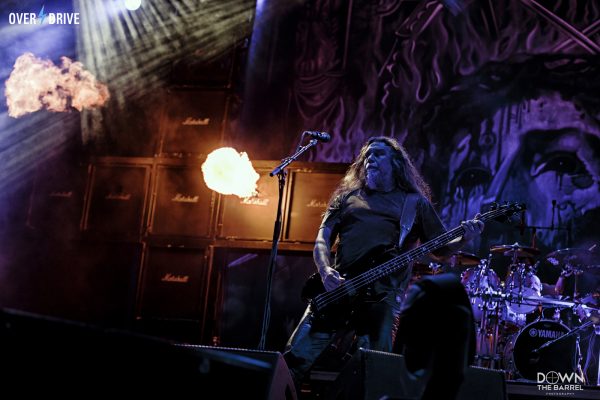 This Autumn, Dark Horse Comics will publish a three-issue comic book series based on McDonnell’s original concept for the ‘Repentless’ video trilogy and written by Jon Schnepp. 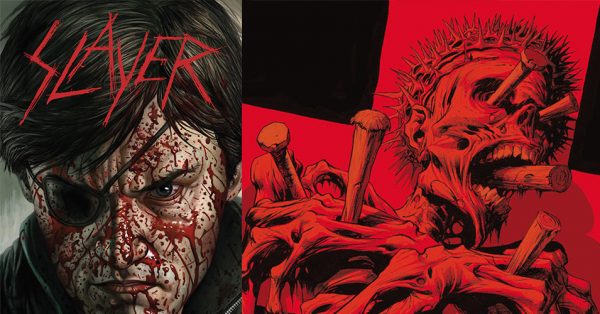