The debate of which metal album is the most ‘important’, ‘cherished’, ‘influential’ and ‘ground-breaking’ has been debated over many a beer throughout the ages [well, the last 40-years anyway] but when it comes to Slayer’s ‘Reign in Blood’ most agree to its formidable impact on heavy music as a whole… 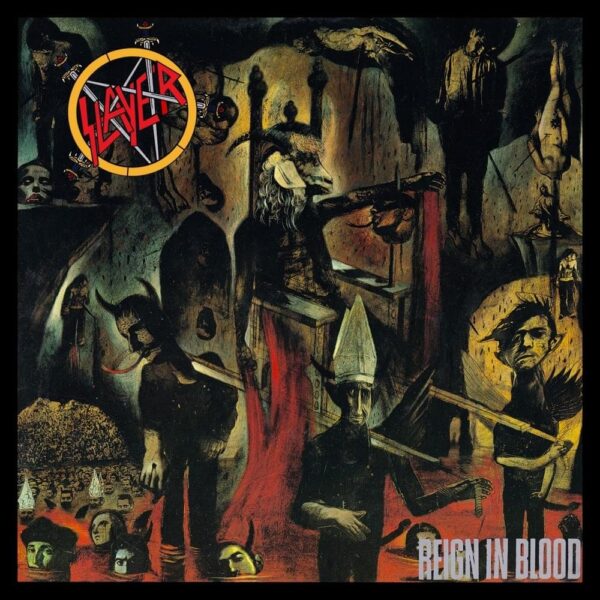 What a time to be alive! The year was 1986, the golden era of the newly established Thrash Metal phenomena was gripping the world as no other underground heavy musical sub-genre had ever witnessed.

Metallica, Anthrax, Megadeth, Exodus, Overkill, Death Metal pioneers, Possessed and countless others were smashing down the doors with outstanding albums that were seeing the early ’80’s spandex-clad ‘Hairmetal’ bands’ running for the Hollywood hills, with their hot-pink guitars, eye-liner and cowboy boots.

Yes, folks, Thrash metal was here to stay and it was nasty, fast, loud and drenched in beer, sweat and blood.

Having already forged an almost cult-like following thanks to 1984’s ‘Show No Mercy‘ and ‘Hell Awaits‘ in 1985, Slayer were on course to becoming the fastest, most aggressive metal band on the planet and when they finally released their third studio album, ‘Reign in Blood‘ on October 7th, 1986, nothing was the same ever again.

The bands first two studio albums had carved out a path that was distinctly more aurally sinister to their peers. Capturing the brutality of early Venom amongst others, Slayer [originally titled ‘Dragonslayer‘] formed in ’81 with former Sabotage drummer, Dave Lombardo, Kerry King, Tom Araya and Jeff Hanneman. 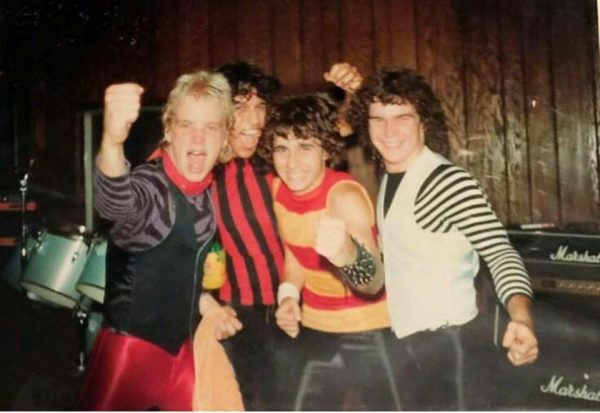 What followed was a three-track demo tape featuring tracks ‘Fight Til Death‘, ‘Black Magic‘ and ‘The Antichrist‘ which rapidly became infamous amongst the tape-trading global community and ultimately, the underground metal scene.

Metal Blade founder, Brian Slagal was quick to realise the bands’ potential and went about signing the band and ushering them into the studio to record what would become their debut ‘Show No Mercy‘ all the while Lombardo was graduation from High School.

With some rather negative reactions from critics, Slayer made their first European appearance which included a show in London’s [now gone] Marquee Club before embarking on a selection of US dates, billed as ‘Haunting North America‘.

The band began to gain critical respect with their sophomore album, ‘Hell Awaits‘, with then UK metal magazine, Metal Forces declaring Slayer as top of the polls as voted by their readers.

It was time to raise the bar even further with ‘Reign in Blood‘ and in doing so, the band enlisted the help of now-infamous Def Jam Records guru-producer Rick Rubin.

Clocking in at just 28 minutes, ‘Reign in Blood‘ was an album that took the already fantastically aggressive Thrash Metal sound to great new heights and head-shaking levels of extremity leading to the album entering the top 100 Billboard Charts.

Never cowering away from taboo subjects, the album saw the band wading through hot water, thanks to the albums opening track ‘Angel of Death‘, a song that told the story of  Nazi SS Auschwitz camp doctor/surgeon, Joseph Mengele. 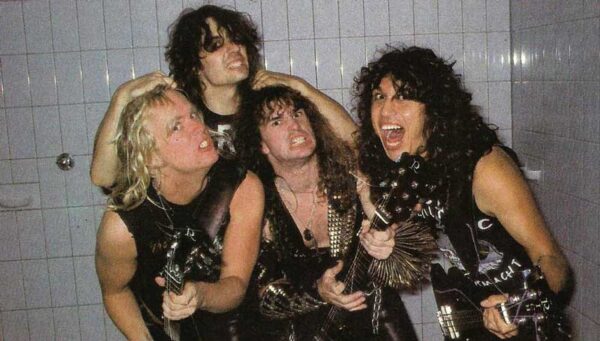 Not deterred by these false accusations, Slayer continued to stick to their artistic integrity going as far as to reveal a new logo, a nazi eagle with swastika replaced with the bands’ logo, despite the CBS corporation, distributors of  Def Jam, refusing to handle the album as well as British distributor David Geffen, also dropping the album.

With the power of the albums, vicious tracklisting and the hype/controversy surrounding the band during this time, the global metal community were captivated by the band and success was almost guaranteed.

The touring for ‘Reign in Blood‘ was in full force by early ’87 and in particular, a legendary line up even by today’s standards, rolled through North America, featuring Slayer, Venom and Exodus.

Armed with tracks such as ‘Necrophocic‘, ‘Altar of Sacrifice‘, ‘Criminally Insane‘ and ‘Postmortem‘, Reign in Blood is relentless with its message. The album was an instant success among fans for its sonically groundbreaking production skills, thanks to Rubin’s foresight, twinned with the bands virtuosic abilities.

Regarded as one of the most important album to emerge over the history of Heavy Meatl’s glorious and at times, tempestuous history, Reign in Blood will forever be a milstone album, both for the story of metal’s evolution and also for the cross-genre pollintaion that occured after it’s release. 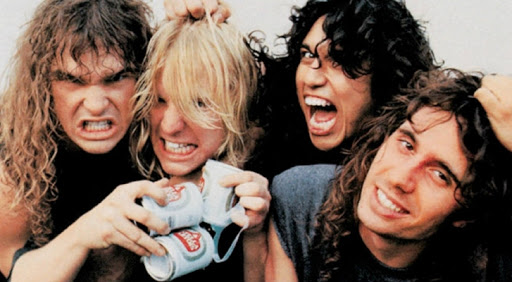