SLIPKNOT WILL “NOT” BE WORKING WITH ROSS ROBINSON ON NEW ALBUM!


Slipknot fans were churning out the rumours last week because of a video shared by bassist V-Man suggesting the band are working with the iconic producer, Ross Robinson. 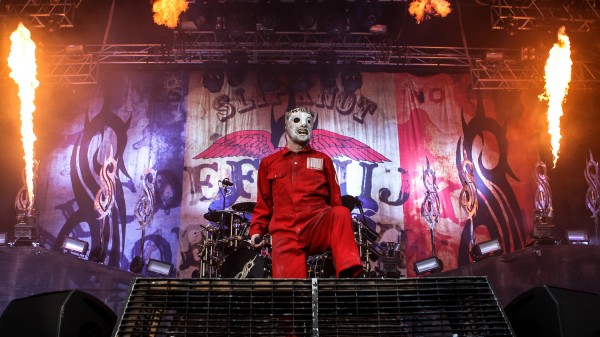 Slipknot guitarist James Root shared the below video this week filmed at EastWest Studios in Hollywood, CA. It’s thought that members of the band have been getting an early start on laying down material for the band’s forthcoming new studio album, as bassist Alessandro Venturella was also recently L.A. bound as well.

However, while a video shared by Venturella appearing to hint at the band once again working with producer Ross Robinson (Korn, At The Drive-In, The Cure, Glassjaw) made headlines earlier this week, Root has since stated those rumours to be “fake news” via the comments of the below Instagram post.

I’ll call this: “Walking to the WC with Fig without Fig but I love you, alright well…” Enjoy. #eastweststudios

No doubt, the band will release some official news soon regarding the follow-up to 2014’s ‘.5: The Gray Chapter‘. Keep your eyes peeled!