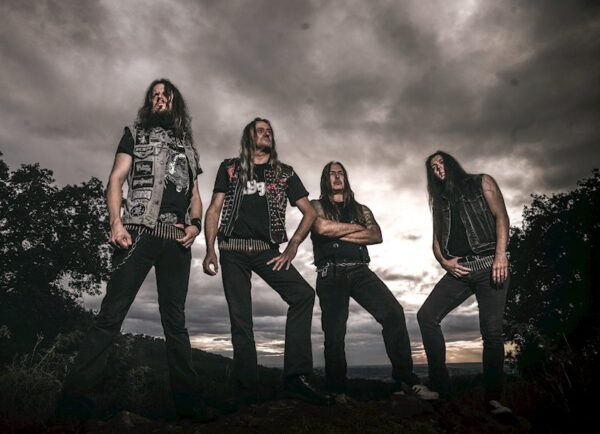 Sodom formed in 1981 by bassist/vocalist Tom Angelripper in Altenessen deep in the heart of the Ruhr area, a bleak industrial landscape dominated by the dirty, back-breaking coal mining industry since the mid-19th-century, where the band still rehearse in a tatty rehearsal room to produce their tough-as-nails thrash music.

For Tom, it is an important component of his recipe for success. “I want guys from the Ruhr, who share my background, with whom I can work and rehearse consistently.”

Following the first relaxation of the lockdown rules, Tom, along with guitarists Frank Blackfire and Yorck Segatz, as well as new addition Toni Merkel (drums), couldn’t wait to get back to writing creatively.

Incredibly fired up by both frustration and inspiration, the band went into overdrive to create the twelve killer songs contained on ‘Genesis XIX’. “This is definitely one of the toughest and most diverse studio recordings that Sodom have ever released,” promises Tom; both first single ‘Sodom & Gomorrah’, unleashed on September 25th, and second single ‘Indoctrination’, unveiled five weeks later, (let alone the whole album), are marked by this diversity. 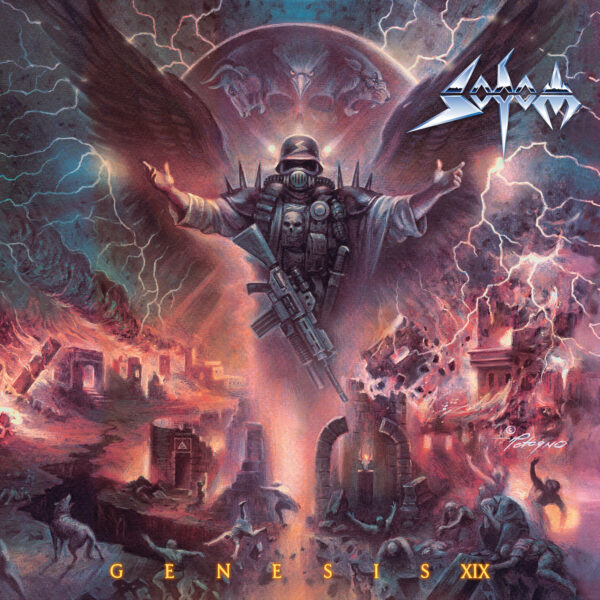 “Our riff suppliers, Yorck and Frank, are totally different types of musicians. Yorck is a died-in-the-wool metalhead who grew up with thrash music. Frank, on the other hand, also integrates blues and rock elements into his style, including the occasional Frank Marino or Rory Gallagher quotation, and writes songs that could have featured in the same or a similar way on ‘Agent Orange’. These are the diverse influences that make ‘Genesis XIX’ what it is.”

Another unexpected advantage was gained after the (as Tom expressly emphasises) amicable split with drummer Husky; “In Toni we’ve gained an awesome drummer. I’d even go so far as to say: He’s the best drummer that nobody had on the radar before now.”

Furthermore, since his stints with death metal act Sabiendas and a number of other black/death metal bands, where he played the drums and doubled as a producer, he’s been a dab hand at studio technology and recording. Angelripper: “As a result, we were largely autonomous during the production of ‘Genesis XIX’ and were free not only to concentrate on working on new songs but also to come up with the right sounds.

That was important because we use neither digital amps nor plug-ins but played all the guitar parts using proper Marshall tube amps.” Following the preproduction, Sodom completed the album at the renowned Woodhouse Studio in Hagen, where sound engineer Siggi Bemm recorded Tom’s vocals and mixed the album on an analogue studio console.

As ever, Tom’s lyrics on ‘Genesis XIX’ focus on his very own range of subjects; ‘The Harpooneer’ is based on Melville’s Moby Dick novel featuring the obsessive Captain Ahab, ‘Glock ‘n’ Roll’ is the story of a serial killer, ‘Waldo & Pigpen’ is in homage to the same-named US fighter pilots, whose radio traffic during their mission in Vietnam has survived, and ‘Nicht mehr mein Land’ describes the condition of western society (Tom: “We’re the very first to combine real thrash music with German lyrics”).

“Naturally, thrash metal stories need to be martial, but we never intend them to be nasty or disrespectful,” he stresses, explaining his lyrical approach: “I simply sing about things that weigh on my mind.” A thrash metal recipe for success in true Sodom style! 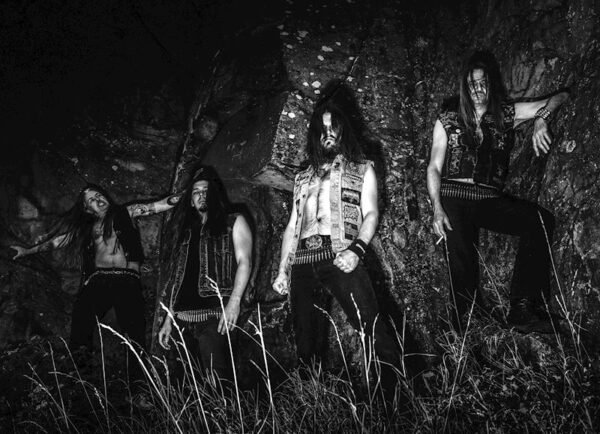