Soilwork continue to please their fans by releasing the second single from their upcoming album ‘Övergivenheten’. 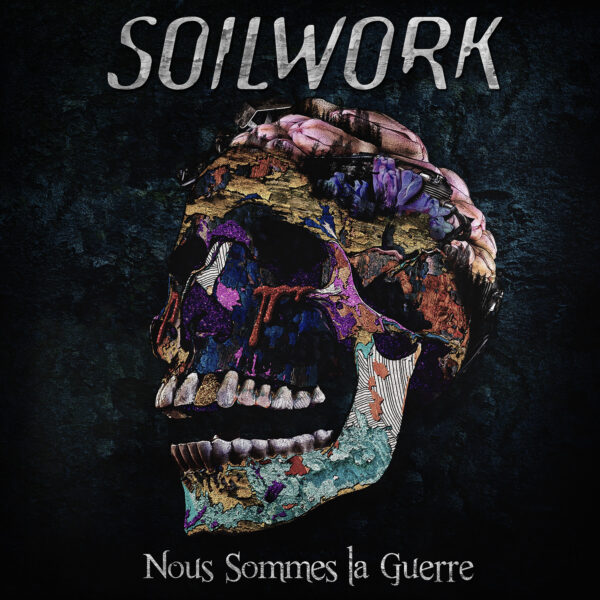 After already delivering the title track of their new long-player some weeks ago, the Swedes now release the next single called ‘Nous Sommes La Guerre’.

This track represents the next massive piece of their highly anticipated album. which is due on August 19th.

Soilwork about the new single:
“‘Nous Sommes la Guerre’ evolved around a “fight or flight” theme. The song is about internal struggles and confronting your own worst sides. It’s a cry for help in defeating the darkness inside of you and move towards a brighter path.”

The extraordinary artwork for the new single is created by Argavilda who has a very singular view on the band’s latest output.

His thoughts about ‘Nous Sommes La Guerre‘ and his interpretation of it:

“The idea is to peel the skin of the narrator to reveal the individual layers and see what makes the individual. All the scarred and murky sides being laid bare the deeper you dig. Crying golden blood because there are no more tears. It is a person soul searching to find answers and exposing themselves to ask for help. My interpretation of the lyrics is intricately connected to being lost and realising, that you must build yourself up anew and that you cannot do it alone”.

New track, ‘Nous Sommes La Guerre‘ comes accompanied by a brand new music video which can be watched below: