It’s been very silent in the camp of Finnish melodic metal titans SONATA ARCTICArecently. But this break hasn’t been wasted – the band have entered the studio to kick off the recording process for their tenth studio album, due in 2019 through Nuclear Blast. 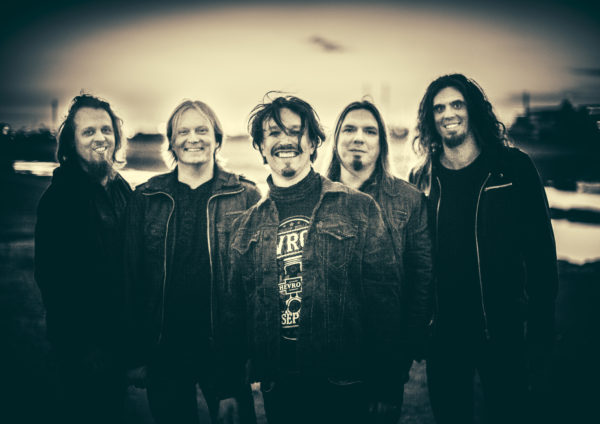 But before their new record will see the light of day, SONATA ARCTICA are pleased to announce that they will embark on a special journey; their very first acoustic tour outside of Finland!

The run will take them to London’s Islington Assembly Hall on 19th March 2019, as part of a larger European run. Support will be provided by special guests, Los Angeles CA-based metallers Witherfall. Further details can be found below.

Keyboardist Henrik “Henkka” Klingenberg comments, “We’ve been locked up in the studio since the end of the summer working on our next studio album and decided we needed to take a break and go out and play some shows. In the summer of 2016 we did an acoustic summer tour in Finland which was a lot of fun for both us and our fans; in fact it was so great that we wanted to do it again and this time we’re not settling for just Finland – but taking this show all around Europe for the first time ever. Now is a unique chance to hear our music in a completely different setting and we’re sure these evenings will be something really special. Our set will also include some stuff we’ve never played live before, and who knows maybe even a new song from the upcoming album. See you at the shows!” 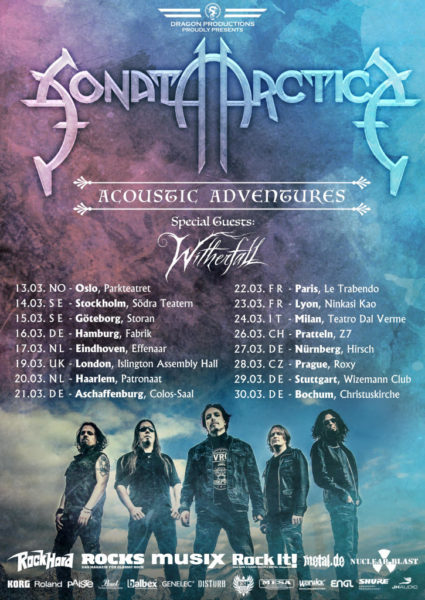