Finnish melodic metal heroes Sonata Arctica are very pleased to announce that they will be returning to our UK and Ireland in March 2017! 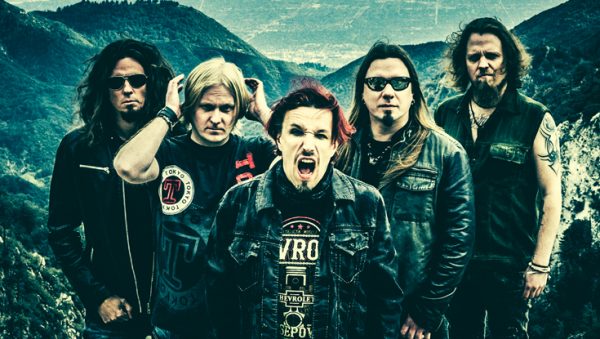 This run – part of a larger European tour – will be taking the band across ten UK cities with two dates in Ireland being Belfast’s Limelight on March 25th and Dublin’s Academy on March 26th.

Tickets for all dates will be on sale from October 26th via Ticketmaster or Sound Cellar, with Dublin show priced at €26.50 (in booking fee). 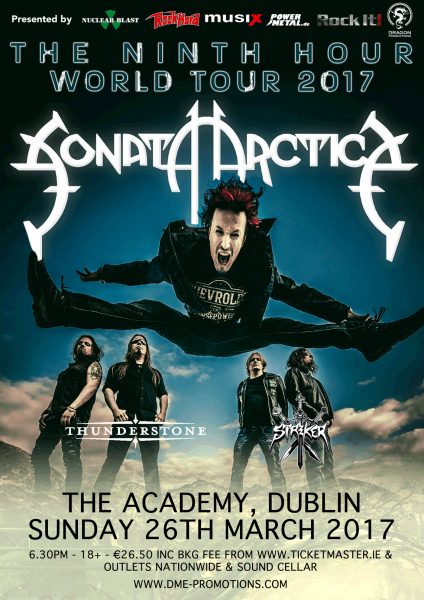 They will be joined on the road by Norwegian hard rock/prog newcomers Triosphere (until March 20th),  Finland-based heavy metallers Thunderstone (March 22nd onwards) and NWOBHM influenced Canadians, Striker (all shows).

Keyboard player Henrik ‘Henkka’ Klingenberg said the following:
“It´s been far too long since we had a chance to do a proper UK tour, so, of course, we’re really happy to finally be able to announce 10 shows in the UK, as part of our European leg of The Ninth Hour world tour. See you at the shows!!”

Sonata Arctica recently released their brand new record ‘The Ninth Hour’ to widespread acclaim.
You can order the record by clicking on the graphic link below: