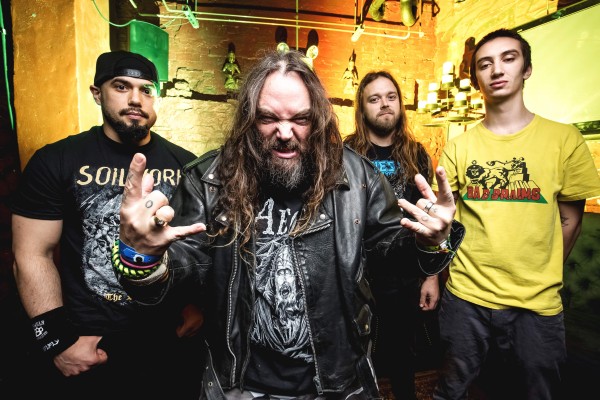 The unquenchable fire of inspiration consuming Max Cavalera has blessed the world with arguably the most prolific lifelong achievements in urgent, primal, gut-wrenching, and unapologetically transcendental extreme metal. To commune with the dark muse of heavy music’s shamanistic tribal leader is to envelop oneself inside some sort of post-modern sweat lodge. Brutal riffs, trippy esoteric summoning, unrelenting percussiveness, and diverse world music: whatever Max Cavalera hammers out on his four-string signature ESP, it always sets souls free.

“We Sold Our Souls To Metal” thrusts SOULFLY’s tenth album into the world with blistering force. The refrain is instantly memorable, the sentiment aggressively relatable, with an overlying implication that is unquestionably spiritual. Max Cavalera manages to revisit the ritualistic engagement of the mystical ruminations on SOULFLY’s Prophecy and the tribal exploration of SEPULTURA’s Roots while simultaneously doubling down on the most extreme music of his career.

Biblical in scope, mystical in purpose, exotic in execution, Archangel sees vocalist/guitarist Cavalera and longtime six-string shredder Marc Rizzo pushing the musical bludgeoning to its very limit while injecting the songs with moments of trippy nuance and ethereal dissonance. Max’s son Zyon, who made his recorded debut in SOULFLY with Savages, truly comes into his own, reminding his father of a young Dave Lombardo with his hard-hitting fills and stylish groove. The destruction of Sodom plays out sonically in ‘Sodomites.’ The Akkadian god of the sun commands his due in ‘Shamash.’ ‘Ishtar Rising’ and ‘Titans’ are as epic as any fantasy trilogy of modern cinema, evoking the same type of emotion as a brutal battle on Game Of Thrones.

Like all innovative heroes from any musical genre, SOULFLY crafts anthems for the people. SOULFLY’s tenth studio album is both a celebration of Max Cavalera’s continuing legacy and a brand new masterwork to champion in clubs, theaters, and festival stages across the globe. SOULFLY songs like ‘Back To The Primitive,’ ‘Prophecy,’ and ‘Eye For An Eye’ have become every bit as important to the metal community as ‘Refuse/Resist’ or ‘Territory.’

Bursting forth with the perspective, hunger, energy, and determination that can only be forged by three decades as a heavy metal community organizer and champion, Archangel is yet another brutal, vibrant, extreme, uplifting, and unashamedly spiritual entry into the SOULFLY canon.

For more information on Soulfly, just click this link. 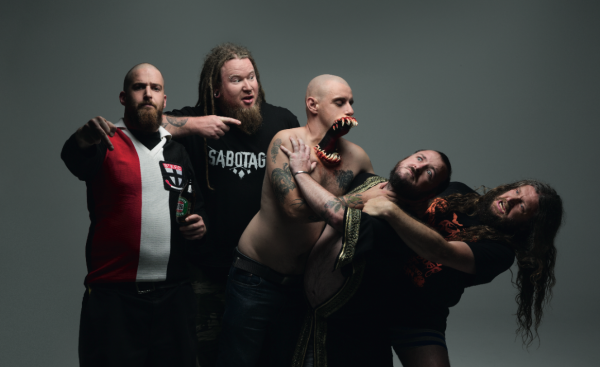 Joining SOULFLY on this tour will be the Australian bat-shit crazy metal / black / hardcore / noise outfit KING PARROT. Seeing as Phil Anselmo is one of the bands biggest fans, KING PARROT have been making a name for themselves over the last year by touring relentlessly with the likes of DOWN and ORANGE GOBLIN. Their live shows are the stuff of legend, with a brutal onslaught of ear bleeding aggression mixed with tongue-in-cheek, belly aching humor.

Finally, INCITE will be making this touring package complete with Phoenix, AZ five piece, Incite. Considered as one of the most formidable and fresh forces in heavy metal. Their third full-length album, ‘Up In Hell’, reinforces that status. Teaming up with award-winning super producer Matt Hyde [Deftones, Slayer], the Phoenix, AZ quintet unleash a torrent of staggering grooves, thrashing riffs, and pummeling rhythms. 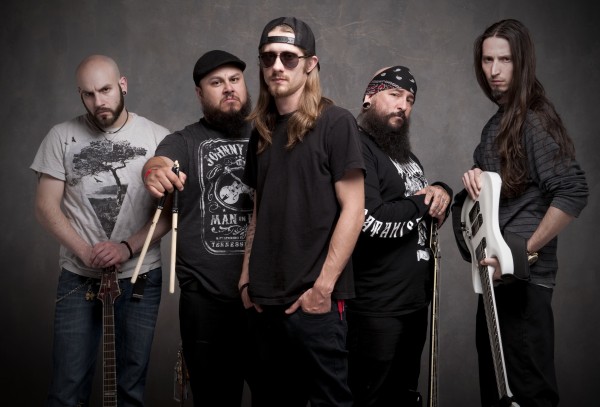 Over the years, they’ve toured alongside the likes of Dillinger Escape Plan, Soulfly, Throwdown, Cavalera Conspiracy, and more. Moreover, they’ve been extolled by everybody from Kerrang! and Revolver to ARTIST direct. In addition, they’ve gone Top 40 on Sirius Metal Charts with tracks like “Army of Darkness” and ‘The Devil’s Dozen’ on Liquid Metal with “The Aftermath”. Revolver also named ‘All Out War’ its “Album of the Week” upon release. However, there’s nothing like spending time in Hell with them.

Find out more on INCITE here.