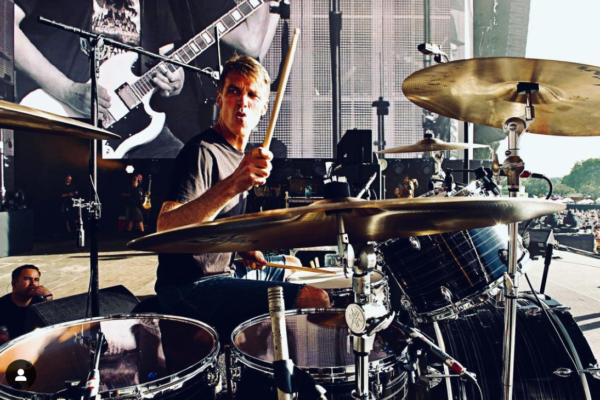 Cameron revealed that he was in the studio with Nirvana bassist Krist Novoselic for their upcoming project by posting his photo during the recording sessions.

Along with his successful career in Pearl Jam, Cameron received very positive reviews from music critics and fans with his solo career and side projects.

The drummer released his debut solo studio album entitled ‘Cavedweller’ on September 22, 2017, and it was regarded as a nostalgic journey to ’90’s Seattle grunge music. Then, he founded a supergroup, Nighttime Boogie Association, with Taylor Hawkins, Buzz Osborne, and Steven McDonald.

After Nighttime Boogie Association dropped two singles, ‘Long In The Tooth’ and ‘The Path We’re On’ in 2020, they started to work on their new songs. The fans that listened to them wanted to hear more from the band.

However, Cameron decided to embark on another project featuring a surprising collaboration with Nirvana icon Krist Novoselic, who has been working with his band Giants in the Trees for a while.

In his recent Instagram post, the Pearl Jam drummer gave the good news to his fans, saying that he’s writing, composing, and recording new materials with Krist Novoselic at Avast! Recording Co. Although he shared a photo of the bassist from the studio, Cameron didn’t give any further details about the release date and the title, but it’s clear that fans cannot wait to see what they have been cooking up.