SPIDERS REVEALED AS MAIN SUPPORT TO UNCLE ACID AND THE DEADBEATS


Swedish rockers Spiders have been announced as main support to Uncle Acid And The Deadbeats on their major European tour; the last leg of the tour will see the band play 8 shows in the UK & Ireland this November. 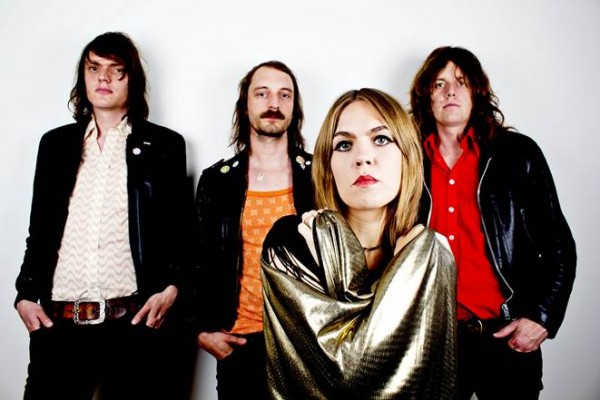 What was already a ‘must attend’ show with the mysterious Uncle Acid And The Dead Beats in Whelan’s on Friday 20th October, Overdrive can reveal that the hypnotically brilliant Spiders will be joining the band on the Irish leg of the tour.

SPIDERS was formed in Gothenburg in February 2010. A few months later the band appeared at one of Sweden’s most successful music festivals, Way Out West. It was around this time SPIDERS for the first time as a band stepped into the studio with producer Don Ahlsterberg (The Soundtrack of Our Lives, International Noise Conspiracy) and started recording.

By the end of January 2011 SPIDERS released their debut record, a 10” vinyl EP on Crusher Records containing four tracks. The self-titled release was very well received and noticed in Record Collector as well airplayed on Sweden’s largest radio channel P3. In March 2011 those four previously released tracks came to be released in the USA as two separate 7” singles, one on Kemado Records the other on Valley King Records, the latter with an artwork made by the well-known Alan Forbes.

For your chance to win a pair of tickets to see UNCLE ACID AND THE DEAD BEATS with SPIDERS on October 20th in Dublin’s Whelan’s, just follow the simple instructions below! 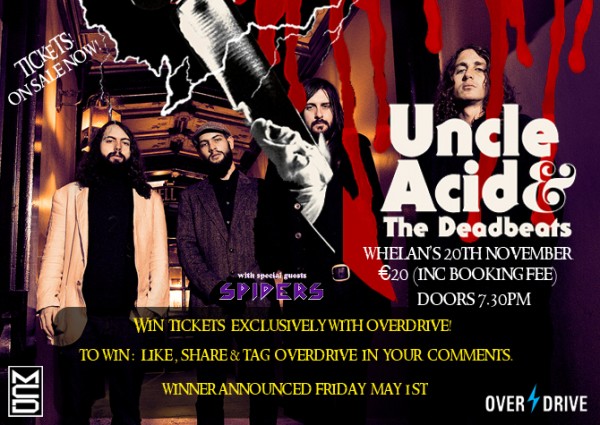 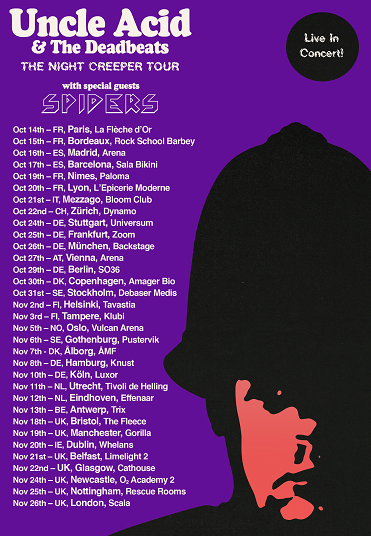