STOP EVERYTHING!!! KVELERTAK ARE BACK WITH A NEW ALBUM AND FIRST AUDIO SINGLE!


Roadrunner Records group Kvelertak have announced details of their new LP NATTESFERD. The follow up album to 2013’s widely acclaimed MEIR, NATTESFERD is heralded by the new single “1985” which is streaming now via NPR . Pre-orders will be available April 8th with the album arriving everywhere May 13TH (album art below).

Frontman Erlend Hjelvik commented, “We are finally getting ready to release our third album NATTESFERD on the world and however cliché it may sound, I’m not afraid to say that this is our best one yet! An exquisite smorgasbord of riffs infused with everything between the best of classic rock and heavy metal. I’m certain it will blow the minds of both old and new fans. Enjoy!” 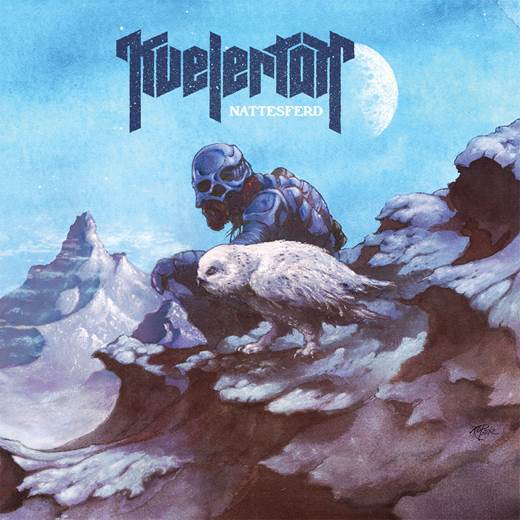 Next month Kvelertak will embark on a North American headline tour with special guests Torche and label mates Wild Throne. The dates kick-off April 12th at Portland, Maine’s Port City Music Hall and will see the band traversing west through early May (tour itinerary below). Tickets for all dates are currently on sale. For more information visit, www.kvelertak.com.

Kvelertak made a stunning international impact with the release of their 2013 album MEIR, earning the six-piece numerous “Best of 2013” honors. Both Rolling Stone and SPIN placed “MEIR” at #2 on their ‘Best Metal Albums of 2013’ recaps, while The New York Times’ Ben Ratliff picked standout track “Spring Fra Livet” as one of his ‘Top Songs of 2013’. Additionally, “MEIR” landed at #15 on Stereogum’s ‘50 Best Albums of 2013,’ and came in at #4 on Revolver’s ‘20 Best Albums of 2013’ list.