STORMTROOPERS OF DEATH (S.O.D.) HAD A QUARANTINE JAM SESSION AND IT WAS AWESOME!


Stuck in their houses during the coronavirus pandemic, Anthrax guitarist Scott Ian roped in drummer Charlie Benante and Danny Lilker for a S.O.D jam session which was broadcasted live. 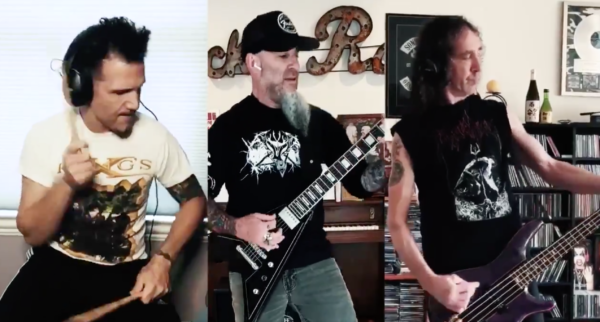 Today, Wednesday (April 8) Scott Ian fired up his Anthrax side project Stormtroopers of Death (S.O.D.) for a quarantine jam session and it was fucking awesome.

Anthrax drummer Charlie Benante and Nuclear Assault bassist Dan Lilker (an Anthrax alum) joined Ian via video for the jam session — as can be seen below. The rhythm section was originally part of S.O.D. when the act first made waves in 1985. All that was missing this time around was Billy Milano, S.O.D.’s vocalist.

Check out the footage below;

In other S.O.D news, NECA Toys are set to release a Stormtroopers Of Death Sgt. D eight-inch clothed action figure in December. The figure is based on the mascot of the satirical 1980s metal band STORMTROOPERS OF DEATH (a.k.a. S.O.D.), which consisted of ANTHRAX members Scott Ian (guitar) and Charlie Benante (drums), ex-ANTHRAX bassist Dan Lilker, and M.O.D.’s Billy Milano (vocals). Sgt. D comes with a removable helmet and assault rifle accessories. 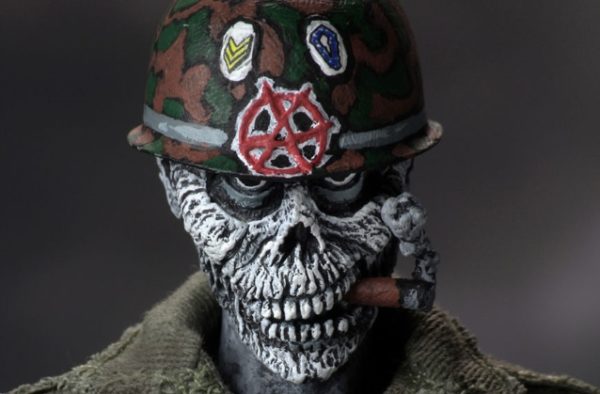