As we surge towards the crushing line up’s for this year’s Bloodstock Metal 2 The Masses semi-final events; it’s time to unveil the guest bands that will grace the stage in the name of all that is METAL! 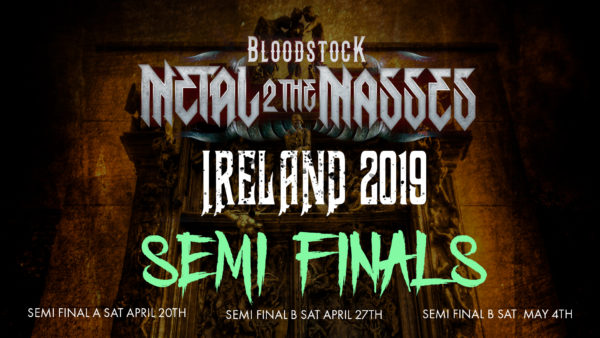 The annual Bloodstock Metal 2 The Masses Ireland campaign is fast approaching the semi-final stages and to say that there are some of the country’s most crushing bands performing over the three events, is an understatement!

As with every year, some special guest bands will be taking to the stage in the capital’s Fibber Magees venue to cap off each of the three semi-final events. 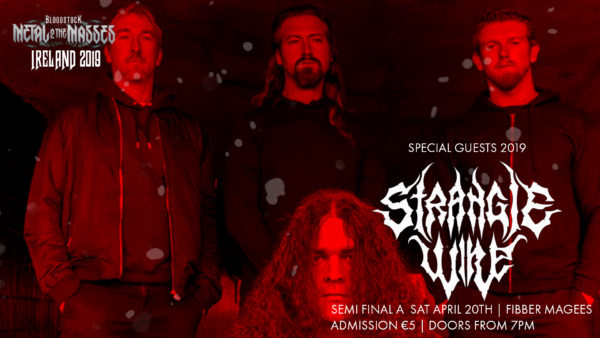 Strangle Wire was formed by four guys determined to leave their mark on the worldwide Death Metal Scene.

Having being collectively involved in bands for over several decades, Strangle Wire is a band built on experience.

Branding themselves as ‘Psychological Death Metal‘, Strangle Wire’s artwork and lyrical concepts attempt to capture the darker parts of the human condition.

Since the release of their first single 7″ Narcissism in 2017, and their latest release, The Dark Triad in 2018, the band have played several high-profile shows. These include Decimation Fest in Madrid alongside Haemorrhage, a US tour, which included the Las Vegas Deathfest, as well as numerous dates throughout the UK and Ireland.

Check out the video for ‘The Failure Exhibit‘ below; 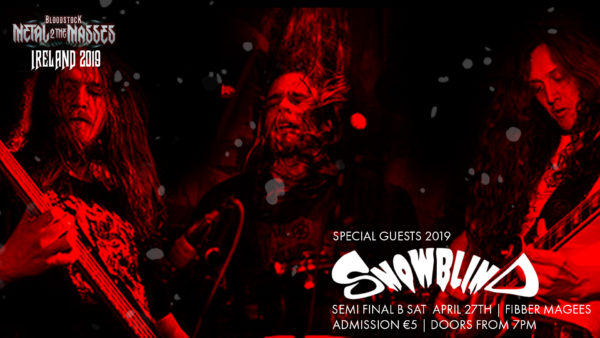 No strangers to Fibber Magees and also Bloodstock Festival, Ireland’s SNOWBLIND have been creating a blistering noise since 2012 and like a fine wine, get better with each passing year.

For those who are not familiar with them, Snowblind are a three-piece heavy metal band from Dublin. The band combines elements of progressive, thrash and classic metal to shape their formidable trio sound.

Snowblind’s previous release includes Existence is Futile, Split of Oak and Judgement, with a new EP currently in the works for a summer 2019 release. 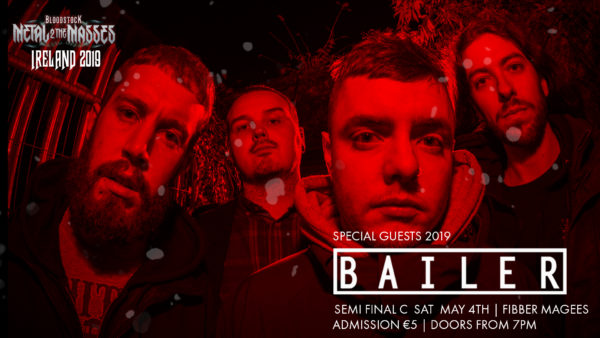 One of the most crushing hardcore live bands not only in Ireland but this side of New York City, BAILER will be bringing their intense live show to Metal 2 The Masses Ireland on Saturday, May 4th, which will no doubt be a night to remember.

Early last year BAILER released their self-titled EP via Distro-y Records. Following on from 2017’s PTSD and 2016’s Shaped By The Landscape, BAILER is an ambitious collection of tracks that showcase a band who have truly discovered their sound.

Returning to work with Murdock’s Aidan Cunningham, BAILER is relentless from the get-go as the merciless ‘Lying For A Living’ brings the listener up to speed in a riotous fashion, while the likes of ‘Tuesday Blues’ and ‘Death Is A Reminder’ take a filthier route, reminiscent of Cancer Bats.

With a small discography, the four-piece have impressively garnered attention from Metal Hammer, Kerrang!, Metal Injection and many more, an achievement that is no mean feat for a band so early into their career.

BAILER have spent their short time as a band building up a strong reputation in their home ground, having played shows alongside Norma Jean, Sick Of It All, Employed To Serve, Palm Reader, Malevolence, HECK, God Mother, Coilguns, Monuments and more.

2018 saw the band start to mark their territory further afield, having successfully toured Russia and the UK in support of their latest EP. 2019 will see BAILER continue to tour more heavily abroad while releasing more new music in the build-up to their eagerly awaited debut album.

Admission for all Semi-Finals is €5 (includes official voting slip) and will see a total of 6 bands performing on each event.

For further details, please check out the official event links to each semi-final below;