Overdrive sat down with STUCK MOJO vocalist Robby J. Fonts to talk about the band’s return to the live scene, as well as the circumstances on him becoming an official member of the cross-over legends. 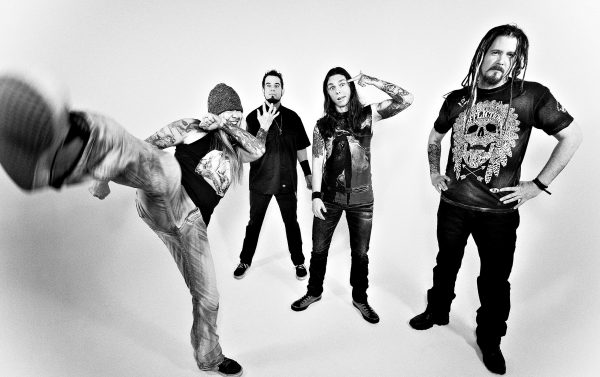 Following their powerful performance at this year’s Bloodstock Festival, Overdrive were fortunate to get some time with vocalist / rapper Robby J, who is not only celebrating his first performance at a Festival with Stuck Mojo but also his first time on European soil. Step inside the world of Stuck Mojo…. 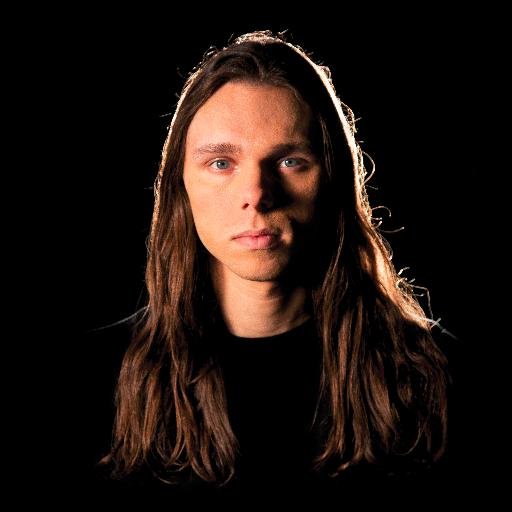 OD – The new album Here Come the Infidels was just released back in July, can we talk a little about the writing process for this album. How much of the material was written when you came on board, as I know that Rich (Ward – Guitars) and Frank (Fontsere – Drums) had begun the process before you were a full-time member of Stuck Mojo?

ROBBIE – Well, Rich had written about 3/4 songs before I joined the band. He does all of the instrumental songwriting but he had also put the lyrics down for ‘Rape Whistle’ and ‘Blasphemy’, then he contacted me about May 2015 and I officially joined the band in June 2015. I then started writing the rest of the lyrics for the album and did all of my vocal puts and Rich added in some stuff on the choruses. We knocked out the album in about three weeks or less, over a three-month span which started in May and a huge amount of June, where I came down a couple of times to record.

The first recording session we had, Rich had ‘Rape Whistle’ and ‘Blasphemy’ ready to go apart from a small addition that I put into ‘Rape Whistle’. Also during that session, I wrote ‘Here Come The Infidels’ verses and pre-choruses and then Rich came up with the chorus a few weeks later.

OD – During this writing / recording process, were you given creative freedom, or was there a kind of wire-frame for each track?

ROBBIE – Yea, they gave me total freedom which was great. When I joined the band, Rich was like “here’s what we have so far, write what you want” and that’s pretty much how I did it. I kind of had most of my verses already and had spoken to Rich saying that if I didn’t write the lyrics, I didn’t want to sing it, because I’m more of a rapper / screamer dude, where’s Rich has more of a melodic voice.

There was a great deal of freedom and when I was in the studio, if there was something that I was doing that just didn’t sound right, the guys would let me know. 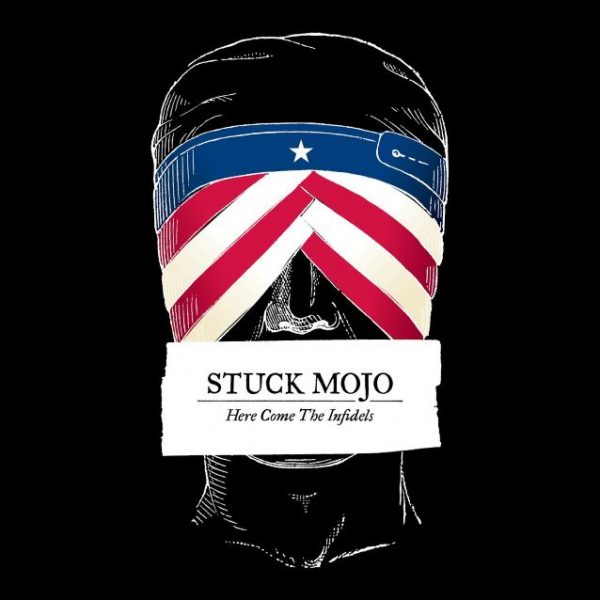 OD – There is no doubt that there is a unique sound to Mojo and I feel that your presence on this new album gives an almost hardcore / skate punk delivery at times. With reference to your personal tastes, can you explain your approach to the finished album and what you set out to do?

ROBBIE – There was a little pressure there for me when I first joined, as this is Stuck Mojo we’re talking about! (laughs) These guys innovated so many other artists, which was kind of mind-blowing for me at the start. As a fan of the band before joining, I wanted to be respectful towards the previous material, so going into it I was trying to take the best of Bones, the best of Lord Nelson and the best of Rich’s screaming vocals. I kind of took all of those elements and put them in a blender to create the sound we wanted to move forward with and I think it came out fantastic!

OD – I’m guessing that this your first time doing the festival circuit in Europe, when you compare something like Bloodstock to other like-minded events in Canada, do you find that things are dramatically different?

ROBBIE – Well, this is actually my first time in Europe so it’s pretty cool. We have something kind of like Bloodstock back in Montréal called Heavy Montréal and I’m kind of used to this from a fans perspective, but this is my first time being at a festival as an artist.

OD – What has been the most influential artist that got you into this business?

ROBBIE – Well, in terms of metal, the first band that I really got into was Slipknot. I’m much younger than all the other guys in the band and am obviously from a different generation. Corey Taylor has been a huge influence on me and I remember being 13 years old and singing / screaming my ass off over Slipknot songs for about 10 years (laughing).

So yeah, Slipknot and also The Black Dahlia Murder and Lamb of God would all be huge influences for me.

OD – What background did you have before joining Stuck Mojo?

ROBBIE – It’s a pretty funny story. My first release with any band was a while back, with this band called Hasta La Muerte and we had just put out our first video for a track called ‘Pour Anotha Shot’ and we had a review that described us as “Van Halen get’s Ugly Kid – Stuck Mojo’d”. So the very next day after the video was released, the guitarist in the band reached out to Rich in Stuck Mojo on Twitter and said, “hey, check us out, we just got compared to Stuck Mojo!”  and then that very day, Rich reached out to me and asked for my number. I thought it was a joke but he actually rang me that night and I was just freaking out. It was such a surreal experience. 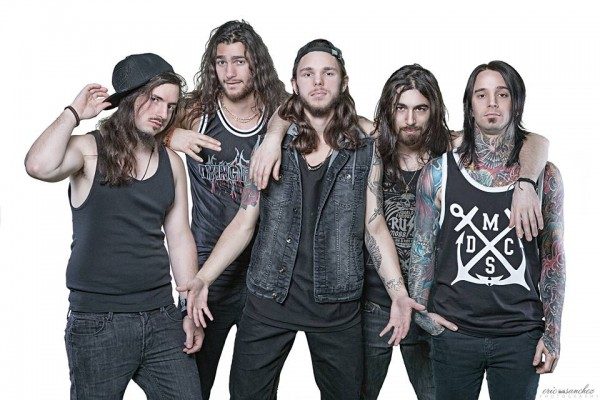 OD – Now that the album is out and you’re touring, can you tell me of any particular special gigs that are coming on the horizon?

ROBBIE – Well a few of the European dates are cool with Bloodstock and Brutal Assault Festivals and in February we have the 70,000 Tones of Metal cruise which should be awesome. It’s from Florida to Haiti which is just so fucking cool! I can’t wait for that gig. 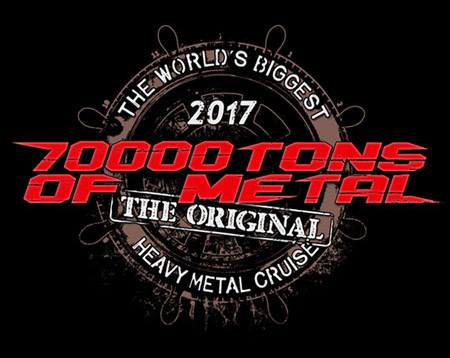 OD – If you could tour with any band present day, who would it be?

ROBBIE – There’s a bunch of bands that I would love to tour with, but just off the top of my head; I would have to say Slipknot. Rich is good friends with Zack Wylde and if there was ever an opportunity to tour with Black Label Society, that would be awesome. Actually the more I think about it, touring with some old-school bands such as Corrosion of Conformity would be great also. Honestly, I just love playing live and any opportunity to get out there would be great.

OD – Will we be seeing any break off singles or videos from the album in the near future?

ROBBIE – We actually already filmed videos for ‘Rape Whistle’ and ‘Here Come the Infidels’, so they have yet to be released. I’m not sure when they are coming out as that decision will be up to Rich and the band’s management.

OD – Andy Sneap (Testament, Megadeth, Fear Factory) was brought back in for Here Come The Infidels, how did you find working with him?

ROBBIE – Rich actually flew Andy down to Georgia to record the whole album with us. He recorded Frank (Fontsere – Drums) first and then Rich was doing a bunch of his guitars and then I flew in for about a week and it took me about 4 days to complete all my vocal parts. It was a lot of fun working with Andy and sort of a dream come true for me to be able to record under his command.

OD – How was the overall experience working with Andy, as he is somewhat of a legend in the world of metal?

ROBBIE – Andy really is the best in his field. Fact! Working with him was just such a great experience. He doesn’t beat around the bush and will tell you straight off if something doesn’t sound right or just seems out of place. I was there for some of Rich’s recording sessions and if there was anything out of place with the guitars, Andy was all over it and would make Rich re-do his part, which was the same for all of us.

OD – Did Andy have any kind of unusual methods to bring out the best in creativity during the recording sessions?

ROBBIE – Well, if you know Andy, you’ll know that he’s a pretty quiet guy and if ever there was a time when I messed up, he would just be very silent and just look at me (laughs). It’s kind of like he’s saying “will you just admit that you fucked up, so I don’t’ have to?” (laughing) After a while, I got used to it and if he gave you “the look”, it’s best to just admit it and get it sorted. 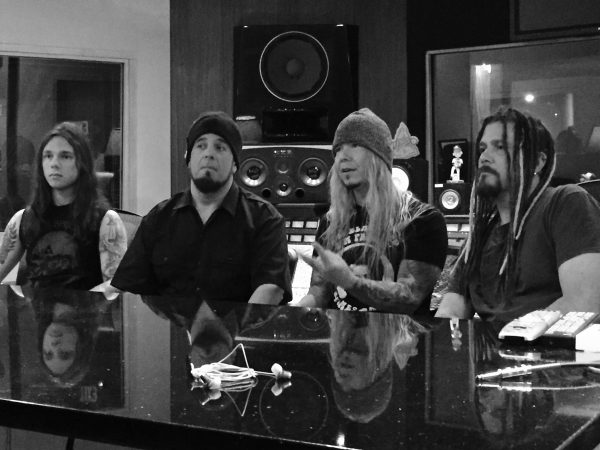 OD – Speaking of messing up, do you have any methods of looking after your voice to avoid any problems with singing?

ROBBIE –  Yeah, this is actually really important to me. I do about 8 / 13 vocal exercise’s that I do for every show. There’s nothing worse than having problems with your voice and I try to avoid that happening at all costs.

OD – Finally, tell us who you are listening to these days that is sparking an interest with you. I’m guessing that you listen to quite a lot of mixed genres.

ROBBIE – Yeah, without being biased in any way I would like to give a shout-out to my girlfriend’s band. She is the vocalist in a melodic death metal band called The Agonist who are also from Montréal, Canada. I’ve heard some stuff off their new album; which is due out near the end of September and it’s fucking awesome. Well worth checking them out.

Stuck Mojo  – ‘Here Come the Infidels’ is out now via Stuck Mojo Music. Get your copy here. 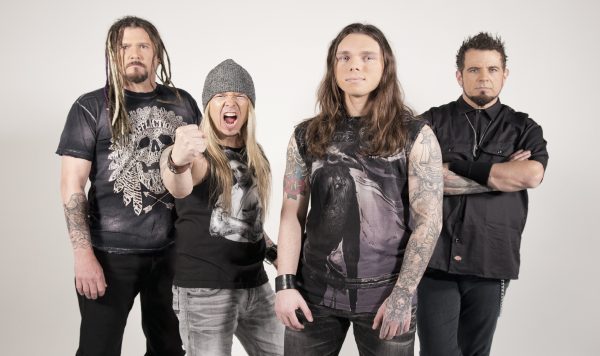