Are you ready to get Cyco? It’s been a long time coming and finally we can announce that SUICIDAL TENDENCIES will make their hugely anticipated return to Ireland with an exclusive show in Dublin’s Academy on February 14th! We are giving away a pair of tickets to one lucky bastard, so get stuck in and find out how to get your hands on them! 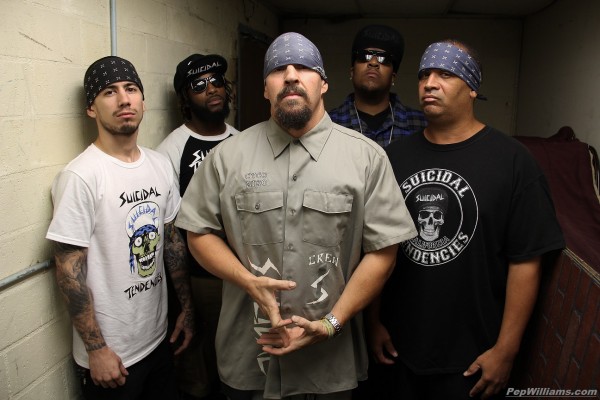 It’s been 30 years since the release of their self titled album and the guys don’t seem to be settling down one bit! Catch them in Dublin’s Academy on February 14th for an exclusive headline show outside of their support slot for Slipknot in Belfast’s SSE Arena on Monday 15th February. Tickets are on sale Thursday 3rd December via Sound Cellar and Ticketmaster priced at €26.00 (booking fee included).

When it comes to crossover thrash, it doesn’t get much more influential than Suicidal Tendencies. Formed back in 1981, the band helped pioneer the genre along with groups like D.R.I. and S.O.D. They have split and reunited a few times, and after being back together for several years now and the release of the blistering new album. ’13’ which is their first studio effort since 2000’s ‘Free Your Soul…and Save My Mind’, Suicidal Tendencies are making their way across the pond to throw down with us Irish Syco’s!

Suicidal Tendencies aren’t the type of band to make a subtle entrance and with their latest album ’13’ packed full of everything you could ever want from the L.A five piece, there is no question that the want the world to know they have returned. 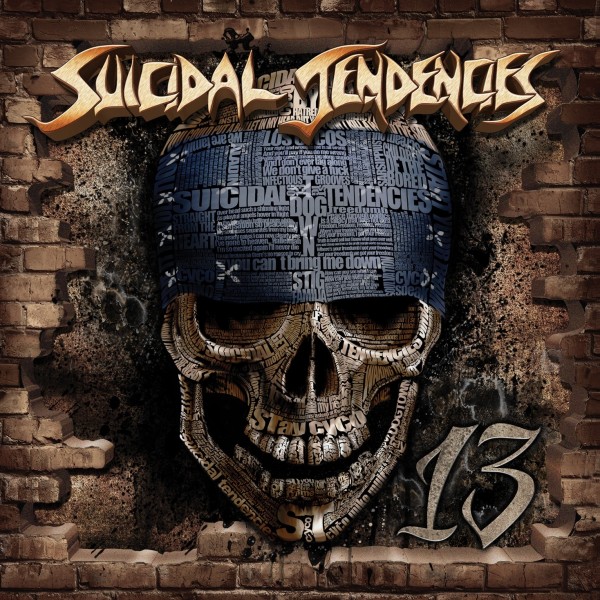 If your not up to speed with who Suicidal Tendencies are and just how fucking awesome they are, then have a quick read of the synopsis of the bands career below!

Formed in Venice, CA, during the early ’80s, the group’s leader from the beginning was outspoken vocalist Mike Muir. The outfit specialized in vicious hardcore early on — building a huge following among skateboarders, lending a major hand in the creation of skatepunk — before turning their focus eventually to thrash metal. Early on, the group (whose original lineup included Muir, guitarist Grant Estes, bassist Louiche Mayorga, and drummer Amery Smith) found it increasingly difficult to book shows, due to rumors of its members’ affiliation with local gangs and consistent violence at their performances. The underground buzz regarding Suicidal Tendencies grew too loud for labels to ignore though, as the quartet signed on with the indie label Frontier; issuing Muir and company’s classic self-titled debut in 1983. The album quickly became the best-selling hardcore album up to that point.

Suicidal Tendencies proved influential for future speed/thrash metal bands, but despite its early success, the quartet’s reputation preceded them, as no other record label was willing to take them on (in addition, Los Angeles banned the group from playing around this time, lasting until the early ’90s). Not much was heard from the group for several years afterward (leading many to believe that Suicidal had broken up), but Muir and company eventually found a home with Caroline Records. By this time, half of the original lineup had left; Muir and Mayorga were the only holdovers, while guitarist Rocky George and drummer R.J. Herrera rounded out the group. 1987 saw the release of Suicidal’s sophomore release, Join the Army, which spawned another popular skatepunk anthem, “Possessed to Skate,” as more and more metal heads began to be spotted in Suicidal’s audience. Soon after, Suicidal was finally offered a major-label contract (with Epic), as another lineup change occurred: Mayorga exited the band, while newcomer Bob Heathcote took his spot; and a second guitarist, Mike Clark, was added as well. This Suicidal lineup’s first album together, 1988’s How Will I Laugh Tomorrow When I Can’t Even Smile Today, showed that their transformation from hardcore to heavy metal was now complete, as did a compilation of two earlier EPs, 1989’s Controlled by Hatred/Feel Like Shit…Déjà Vu. 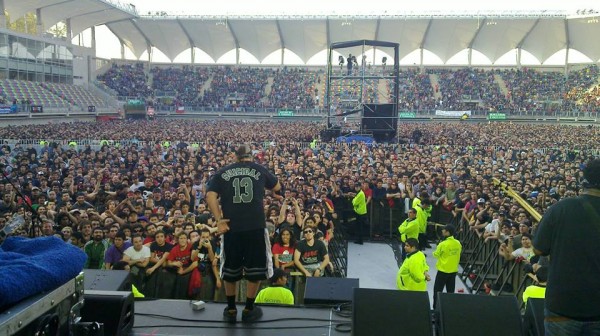 Suicidal’s first release of the new decade, 1990’s Lights, Camera, Revolution, was another success; its video for the explosive “You Can’t Bring Me Down” received repeated airings on MTV’s Headbanger’s Ball program, while the album (in addition to the Controlled by Hatred comp) would be certified gold in the U.S. a few years later. The release also signaled the arrival of new bassist Robert Trujillo, whose penchant for funk added a new element to the group’s sound. The group tried to broaden their audience even further by opening a string of arena shows for prog-metallists Queensrÿche during the summer of 1991. Their next release, 1992’s The Art of Rebellion, proved to be one of Suicidal’s most musically experimental albums of their career. Muir and Trujillo also teamed up around this time for a funk metal side project, Infectious Grooves (including several other participants, such as Jane’s Addiction drummer Stephen Perkins) and issued a debut release, The Plague That Makes Your Booty Move. Upset that the group’s classic debut had been out of print for several years by this point, Muir decided to re-record the entire record with Suicidal’s ’90s lineup under the title of Still Cyco After All These Years.

For more information on Suicidal Tendencies, just hit the links below:

Suicidal Tendencies ’13’ is out now via Suicidal Records. Click on the link below to get your copy now. 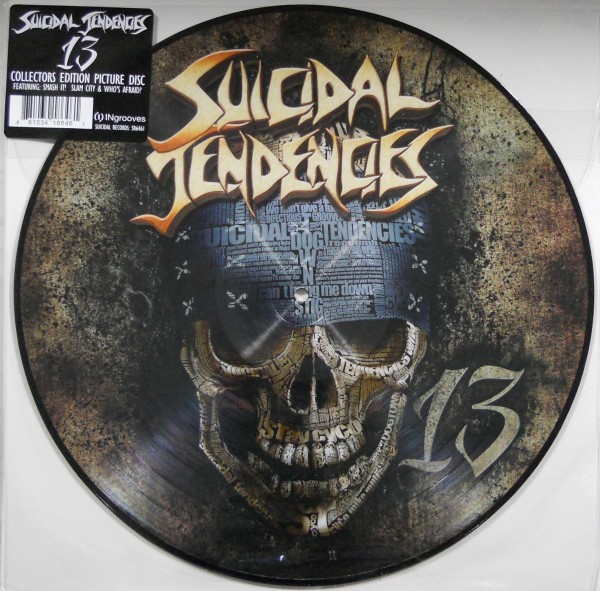 FOR YOUR CHANCE TO WIN A PAIR OF TICKETS FOR THE SHOW, JUST FOLLOW THE SIMPLE RULES BELOW! 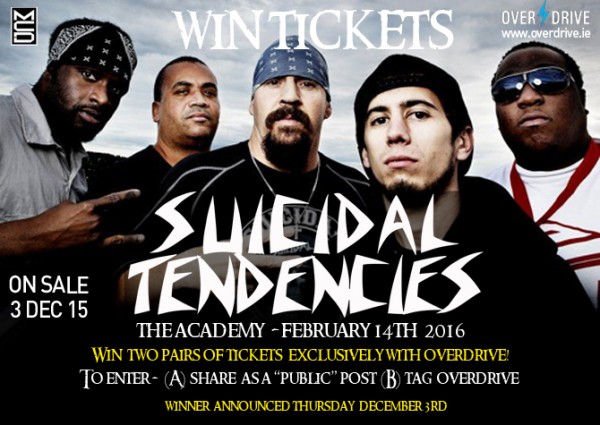