SYSTEM OF A DOWN RELEASE FIRST NEW MUSIC IN 15 YEARS. LISTEN HERE…


System Of A Down Premiere Two New Tracks “Protect The Land” & “Genocidal Humanoidz”. Listen below… 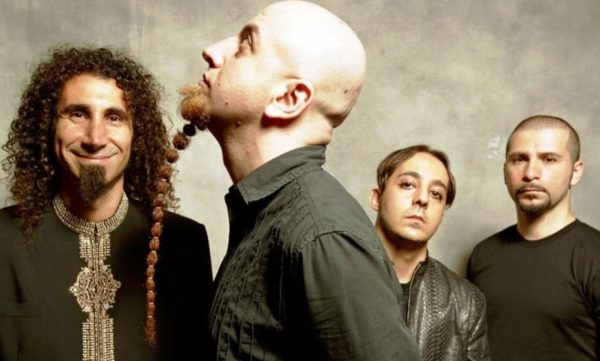 Following years of publicized inner turmoil, creative differences and more, two new songs have emerged online from System Of A Down.

The tracks, “Protect The Land” and “Genocidal Humanoidz“, represent the band’s first new material in 15 years and can be heard below.

“We as System Of A Down have just released new music for the first time in 15 years. The time to do this is now, as together, the four of us have something extremely important to say as a unified voice. These two songs, “Protect The Land” and “Genocidal Humanoidz” both speak of a dire and serious war being perpetrated upon our cultural homelands of Artsakh and Armenia.

On September 27, the combined forces of Azerbaijan and Turkey (along with Isis terrorists from Syria) attacked the Republic of Nagorno-Karabakh, which we as Armenians call Artsakh. For over the past month, civilians young and old have been awakened day and night by the frightful sights and sounds of rocket attacks, falling bombs, missiles, drones and terrorist attacks.

They’ve had to find sanctuary in makeshift shelters, trying to avoid the fallout of outlawed cluster bombs raining down on their streets and homes, hospitals and places of worship. Their attackers have set their forests and endangered wildlife ablaze using white phosphorus, another banned weapon.

Because over 30 years ago in 1988, the Armenians of Nagorno-Karabakh (which at the time was an Autonomous Oblast within the USSR), were tired of being treated as second class citizens and decided to declare their rightful independence from the Azerbaijan Soviet Socialist Republic whose borders engulfed their own.

This ultimately led to a war of self-determination by Armenians in Karabakh against Azerbaijan that ended in a cease-fire in 1994, with Armenians retaining control of their ancestral homelands and maintaining their independence to the present day.

Our people have lived there for millennia, and for most families there, it’s the only home they and their forefathers and mothers have ever known. They just want to live in peace as they have for centuries.

There is an immediate need for global citizens to urge their respective governments to not only condemn the actions of the corrupt regime leaders of Azerbaijan and Turkey but to also insist world leaders act with urgency to bring peace to the region and rightfully recognize Artsakh as the independent nation it is.

Most importantly and urgently, we humbly implore you to donate, in sums small or large to provide desperately needed aid and basic supplies for those adversely affected with what are ever-growing accounts of crimes against humanity.

We realize that for many of you, there are more convenient ways you like listening to music, so please consider the opportunity to download these songs as an act of charity above all else. The music and lyrics speak for themselves. We need you to speak for Artsakh. 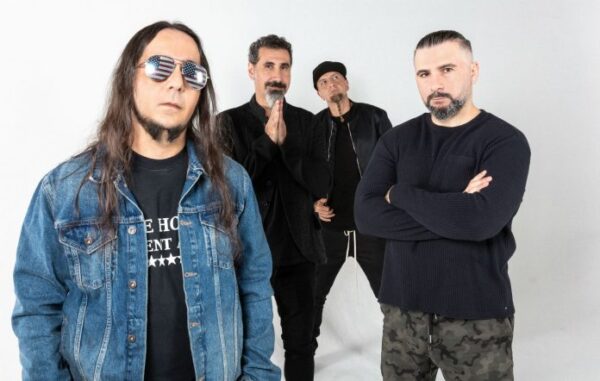 “I’m not doing this as an artist for myself or for System Of A Down or for any of the guys in the band; we’re all doing this for our people. So this is not a creative decision, this is not a business decision. This is a decision of activism, and that takes precedence over all other things for us.”
Guitarist/vocalist Daron Malakian stated:

“If we don’t do this, there isn’t any other huge Armenian rock band out there that’s gonna do this. There aren’t that many big Armenian celebrities out there that are going to do this. It’s kind of a duty. We came together because our country needed us, not necessarily because we’re so amped to do a brand-new System Of A Down song. Our people needed us to do this.”

It was revealed in the feature that “Protect The Land” began its life as a potential new track for Malakian‘s Scars On Broadway project and was penned roughly a year and a half ago. Malakian also penned the other track “Genocidial Humanoidz“, with it having been fleshed out some 3-4 years ago amid some group jam sessions that took place without Tankian.

Those sessions had been intended to eventually become a new album from System Of A Down, but creative and financial differences with Tankian led to those plans being shelved. With a common cause to rally behind now in place, the band entered the studio last month to finalize these songs and track their respective parts. Bassist Shavo Odadjian said of that:

“This was something that was bigger than any issue we’ve ever had with System. We had to put everything away and say, ‘We’ve got to get together because, when we speak after 15 years, people will listen.’ People will be like, ‘Whoa, these guys came back? For what?‘”
For now, these songs are to be viewed as a one-off, however, as Dolmayan stated:

“If it was up to me, we’d have a new album every three years. But things aren’t up to me. I’m at the mercy of my team, and although I fought for it for many years with band members, I’ve accepted that it is what it is. We do have five albums and [now] two songs. We’ve accomplished a lot in our careers. If it ends at that, so be it.”

It was also revealed that Tankian has shelved his plans to release his solo EP “Elasticity“, which was to feature songs he had written for System Of A Down several years back prior to the band being unable to get on the same page. He stated:

“I can’t think of anything [else] right now — not my own music, not System’s music. I’m focused on what’s going on with the war and praying for a cease-fire so there can be negotiations. I’m just focused on this because it’s a life-and-death situation.”
Odadjian added:

“I’m proud that we did this. I wish we could get in and do more. Maybe this could lead to that, maybe it can’t. I’ve always been optimistic, though.”
Malakian commented:

“I never say never. I didn’t expect this. I was ready to put out my next Scars [On Broadway] record. This kind of happened out of the blue, so who knows. If we don’t record again, then I’ll just keep doing what I do and everyone else will keep doing what they do. But it was nice to do this. I’m not a soldier, but I feel like I’m a part of this. The way I’m going to contribute is through my songs.”

System of a Down are scheduled to perform at UK’s Download Festival next year alongside headliners KISS and Biffy Clyro. 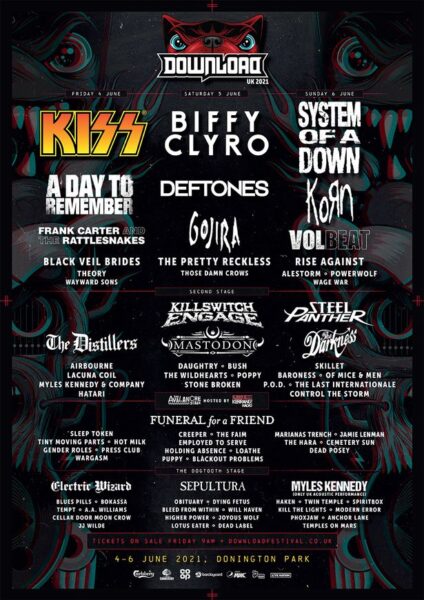