It is their jubilee year! 35 years of TANKARD! And, of course, a suitable soundtrack cannot be neglected for the occasion. The band’s 17th studio album will be entitled ‘One Foot In The Grave’ and will be released on June 2nd 2017 via Nuclear Blast. 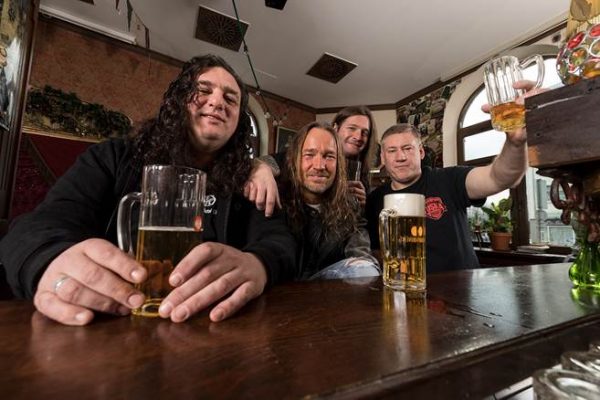 Today, March 28th, the band are proud to reveal the cover artwork for the anniversary album. With this, the iconic band mascot the TANKARD-Alien celebrates his return after about 13 years of absence. The alien was born in 1989 along with the ‘Alien-EP’ and has since graced five album covers.

The TANKARD fan club the ‘Maniac Aliens’ are also named after it.
The artwork was brought to life by Patrick Strogulski, who is a student of Sebastian Krüger, the former TANKARD cover artist. He also created the cover artworks for ‘A Girl Called Cerveza’ and ‘R.I.B.’

“Mister Strogulski has once again created a real masterpiece and surpassed himself.
Our first plan was, that I would be on the cover instead of the alien… but, lucky me, it ended up being the alien included instead…” 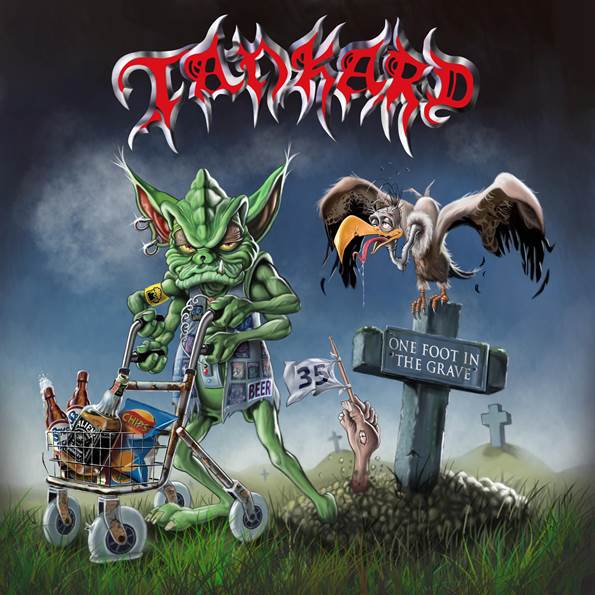 TANKARD will be premiering their debut single ‘Arena Of The True Lies’ on German radio station Rock Antenne.

On April 8th, the debut single will be included in the ‘Tuff Stuff’ show (from 10pm gmt). You can find more information about tuning on this link.

‘One Foot In The Grave’ was recorded at Gernhard Studio (Troisdorf, Germany) together with producer Martin Buchwalter (Destruction, Suidakra), in January 2017.

The band have already published a studio trailer so you can take a look behind the scenes of the record’s production. It also includes the very first song snippets.

More info on ‘One Foot In The Grave’ will be coming soon – stay tuned!

The story of Tankard is an exceptional one: the thrash metal force from Frankfurt, Germany has been around since the early 80’s, spearheading a wave of German thrash bands who became successful worldwide (Kreator, Destruction, Sodom…). And while a lot of other bands struggled, split up or came back for reunions, Tankard never had these problems. They have always been there. And they’ve kept their worldwide fan base for all of these years, delivering strong album after strong album. When you think of beer and thrash metal, the name Tankard is the resounding response. 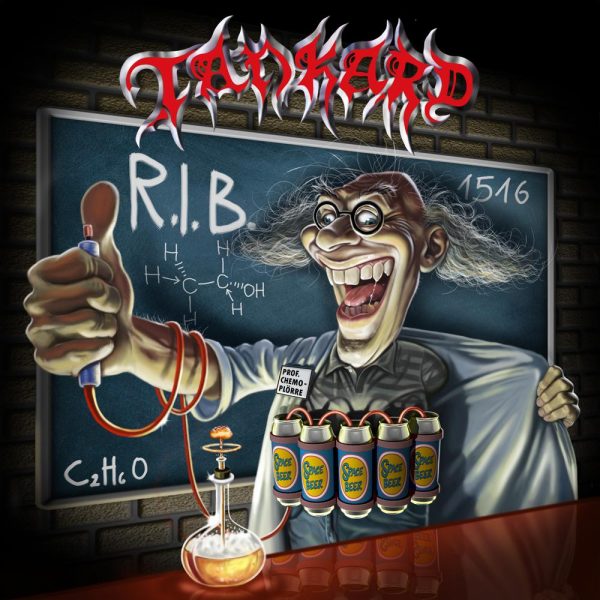