TANKARD | RELEASE ‘ONE FOOT IN THE GRAVE’ OFFICIAL MUSIC VIDEO


Those German beer monsters are back with more riffs, more beer and another cracking video! Check out title track ‘One Foot in The Grave’ video below; 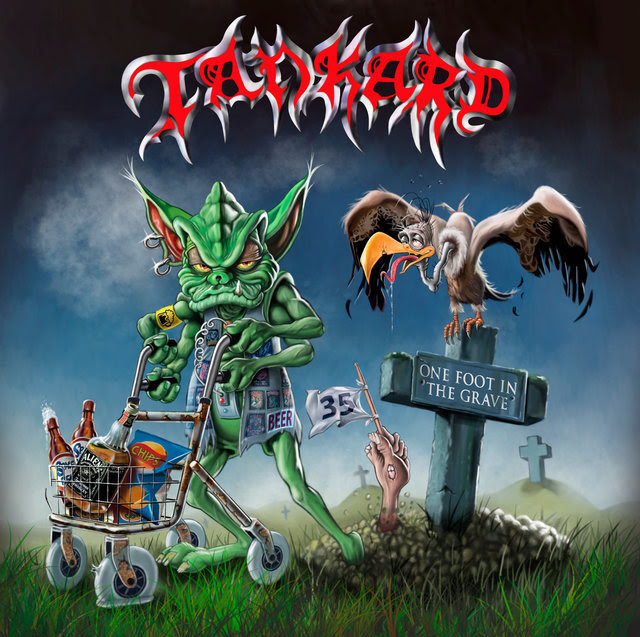 In 1982, when four long-haired metal maniacs from Frankfurt am Main, Germany decided to found a band named TANKARD, nobody expected them to still be going three decades later.

Ahead of the release of their 17th studio album, “One Foot In The Grave“, the band drops the official video for the album’s title track which you can watch below:

The video was produced by Australian video director Aaron McLoughlin. The music video was shoot in the Frankfurt (Germany) in the pub “Alte Liebe” in February 2017. Aaron also produced the animated TANKARD clip of the song “Fooled by your guts” in 2014.

Gerre states:
“As Aaron was also already responsible for the comic clip of ‘Fooled By Your Guts’, we have spared neither cost nor effort to fly him in from Australia for recording this new clip with us. This clip is on the one hand really ironic because of our age but on the other hand also a bit sad. Everything is only temporary! This time we wanted a video without the usual hopping around with our instruments, we just want to try something new! I think we managed this quite well. Have fun with ‘One Foot In The Grave’!”

One Foot In The Grave will be released on June 2nd via Nuclear Blast.

Pre-order the album on this link.

“One Foot In The Grave” was recorded at Gernhart Studio (Troisdorf, Germany) together with producer Martin Buchwalter (DESTRUCTION, SUIDAKRA) in January 2017.The new artwork was brought to life by Patrick Strogulski, who is a student of Sebastian Krüger, the former TANKARD cover artist. He also created the cover artworks for A Girl Called Cerveza and R.I.B.. 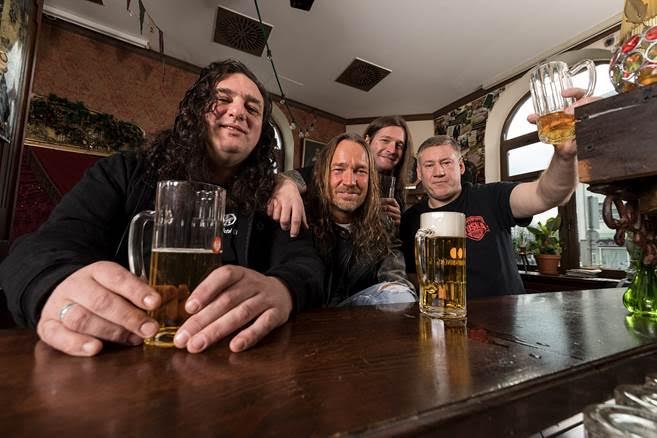