When it comes to Thrash and Beer, German riff-monsters, TANKARD have you covered. We take a look inside their impressive ‘For A Thousand Beers’ limited edition box set and trust us when we tell you: “You wont be disappointed… 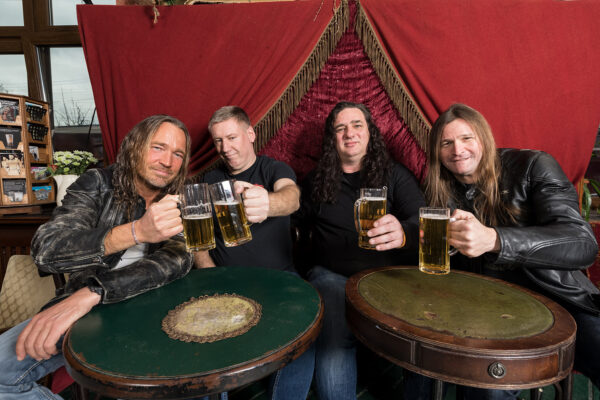 “For A Thousand Beers” contains all TANKARD albums which were released by Noise.

Stylistically at home in thrash metal, their songs are mainly about alcohol. With “Zombie Attack” they released their first album in July 1986.

A year later, in October 1987, followed their second album, “Chemical Invasion” and in 1988 “The Morning After“. After the first drummer, Oliver Werner, left the band and was replaced by Arnulf Tunn, the three albums were released: “The Meaning of Life“, “Stone Cold Sober” and “Two-Faced“.

At the same time Tankard released the live album: “Fat, Ugly and Live“. After that the line up of the band changed again. In May 1994 Arnulf Tunn was replaced by Olaf Zissel, who still plays the drums today. One year later another founding member, Axel Katzmann, was forced to leave the band due to arthritis in his wrist. In the same year the band released “The Tankard“, which was their last album with Noise.

All of the above albums can be found in this glorious boxset which is due for released on February, 25th via BMG. You can pre-order your copy here.

* 12” x 12”, 40 page book of photography, quotes and lyrics from their time signed to Noise Records.
Check out the contents inside the box with our unboxing video here. 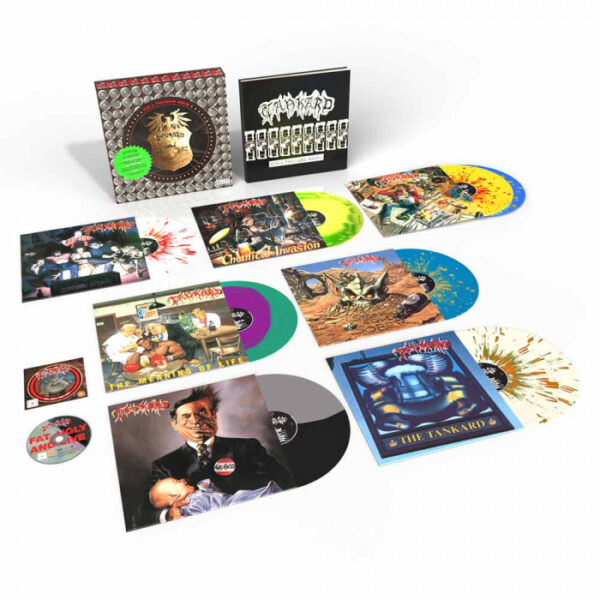