After taking on the New Blood stage at this year’s Bloodstock Festival, Irish Metal 2 The Masses champions TEN TON SLUG are finally in the final stages of releasing their highly anticipated E.P ‘Brutal Gluttonous Beast’! Get a look at the epic artwork below!

The Galway based doom merchants have been a hive of activity since their U.K festival debut this past August with a stream of shows around Ireland including an earth-shattering performance at this years Canalaphonic Festival in Ireland’s landmark Whelan’s venue. 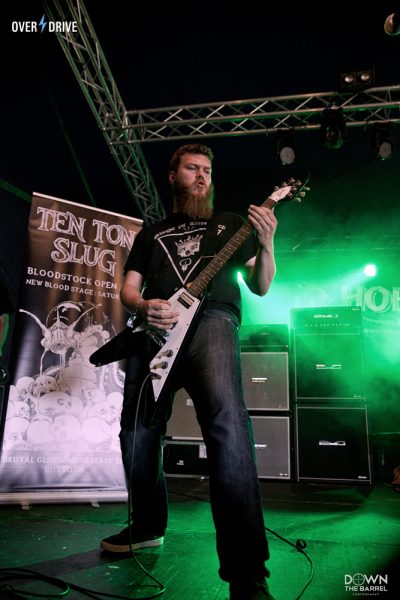 Based in Galway and originally from the depths of Connemara in the west of Ireland, Ten Ton Slug has ingested 5 humans and leaves a trail of sludge/groove metal in its wake. Some say it came from the bog, others claim it originated in the mountains, what is known for sure is that its first victims were Sean and Micheal Sullivan. Originally formed in 2008, gigging started in early

2014 with former bassist Ragas, who escaped in 2015. New bassist Eoghain Wynne joined in 2015 around the time vocals were appointed to lung slug Ronán Ó ‘hArrachtáin.

Ten Ton Slug released a well received two-track live demo Live at the Oaks in September 2015, and has gigged extensively around Ireland since, most notably winning the Metal 2 the Masses Ireland competition in May 2016, and embarking on a small run of shows in Scotland before playing to a packed New Blood Stage at Bloodstock Open Air Festival 2016 in the UK. 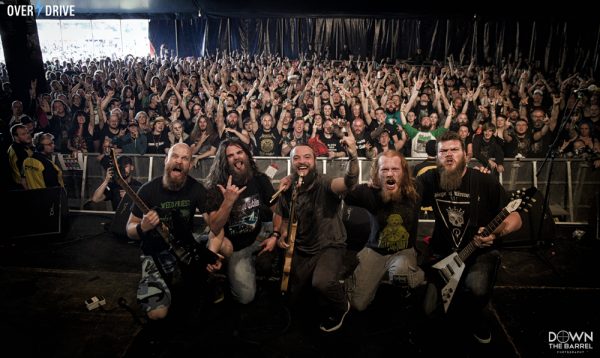 The band will be spreading the slime far and wide over the coming months, with a run of shows booked around Ireland and further afield, including Coventry in the UK in November, Germany (Munich) in December and a mini tour of the UK again in March.

The Slug is gearing up to release its debut E.P Brutal Gluttonous Beast, comprising four tracks of heavy groove-laden sludge and clocking in at over 26 minutes. Recorded at the Oaks Studio in Enniskillen, mixed and mastered by John Moffat and Kenneth Coyne, the EP promises to deliver the sound of the Slug as people have come to expect from live performances; raw, crushingly heavy and packed full of riffs. Check out the artwork and tracklisting below: 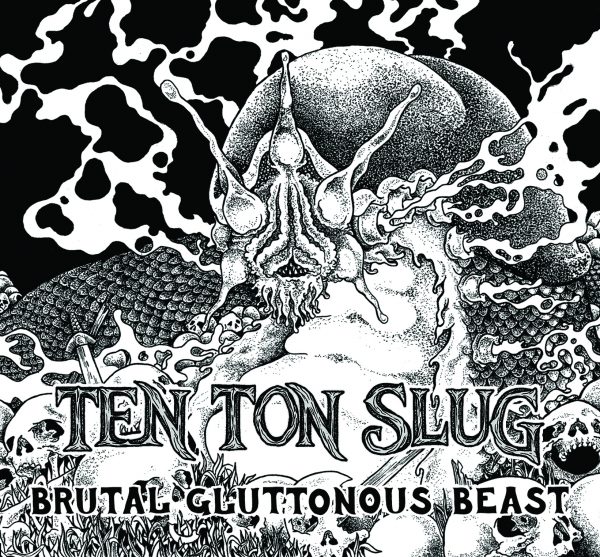 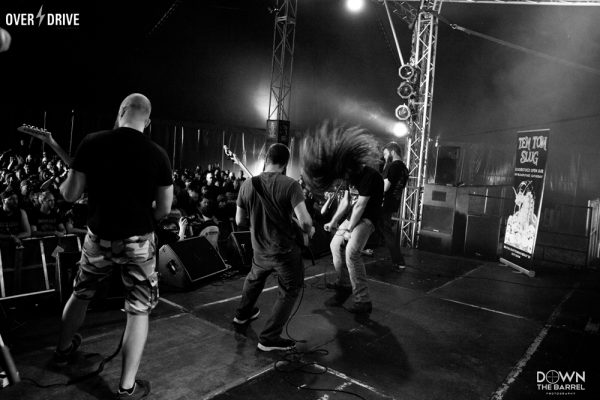 Keep your eyes peeled on all things SLUG, as they next few weeks will see the band making some announcements!

For more information on TEN TON SLUG, simply click on the link below.