Progressive Metal crew, TesseracT will return to Ireland in December as part of their ‘Sonder European Tour’.

The British progressive/djent band TesseracT return to the live stage with their latest album ‘Sonder‘, which was released on April of this year.

The UK five-piece will take to the stage in Dublin’s Tivoli Theatre on Sunday, December 2nd for their only Irish date with support from Between The Buried and Me and Plini. Tickets are on sale from Friday, 15th June, priced at €25 (inc booking fee). 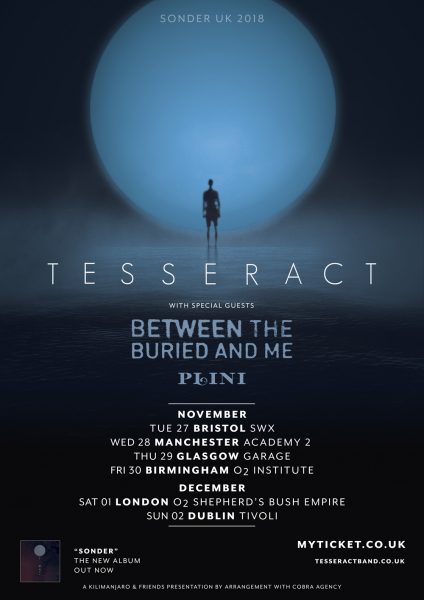 Check out the video for ‘King‘ below;

Pick up your tickets from Ticketmaster or Sound Celler (Dublin). Please check DME Promotions for updates.