Testament’s Chuck Billy gives an update on the follow-up to 2016’s ‘Brotherhood of The Snake’! 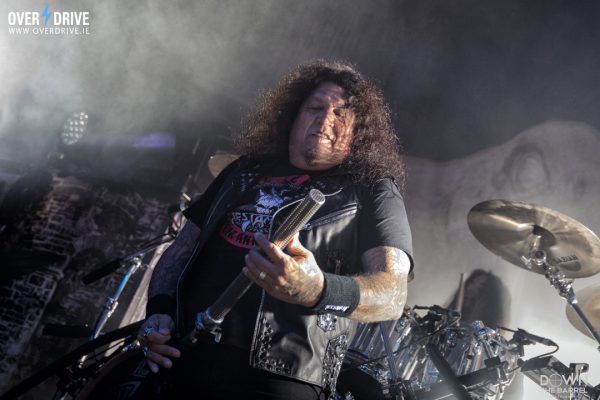 © Down The Barrel Photography, exclusively for www.overdrive.ie 2019

This past week, the worlds Heavy Metal elite gathering at the annual NAMM show in Anaheim California and amongst the who’s who of rock/metal stars was the one and only  TESTAMENT singer Chuck Billy who gave an update on the progress of the songwriting sessions for the follow-up to 2016’s “Brotherhood Of The Snake” album.

“The touring [for ‘Brotherhood’] is done,” he said (see video below). “We finished that tour with SLAYER in September, and right from there, we started writing a record right away. The holidays threw a wrench in it, but now, we really started, after the New Year, working hard. We should have it out hopefully by July. Hopefully, we’ll get into the studio by April. That’s the goal.”

Asked about the musical direction of the new TESTAMENT material, Chuck said: “It’s hard to say because we don’t know until the final thing. And the songs are always so different. Nothing just resembles the last song we wrote.

So I have about eight songs that are totally different. So it’s a challenge for me because I’ve really gotta think about how to approach the songs when they are so different. Which I did. Because at the point, once you start writing over a hundred songs, you’ve gotta start thinking, ‘How do I get more creative and do something different?’ So it’s always a challenge.”

As for the lyrical themes that will be covered on TESTAMENT’s next disc, Billy said: “I’m still hooked on aliens. ‘Brotherhood Of The Snake’ was all about aliens and creating mankind and finding the earth, and I’m still fascinated about that, and even beyond that… There’s just a lot going on out there beyond this planet, which fascinates me. And there’s always a story or always something I can make up.”

Asked if there is a chance that TESTAMENT could make a full concept album, Chuck said: “Maybe, but we just really haven’t sat down and thought if that’s what we’re gonna do. I’m sure if we came up with a good concept and a title and said, ‘Okay, here’s something we’re gonna work on,’ I’m sure we can build something like that if we really tried to. But at this point, we just are trying to come up with riffs and songs, and that’s it.”

TESTAMENT guitarist Eric Peterson recently told Guitar World that he hopes the group’s next album will be a more collaborative effort than “Brotherhood Of The Snake“, which saw him writing all the music in about three months and then e-mailing the songs to his bandmates. 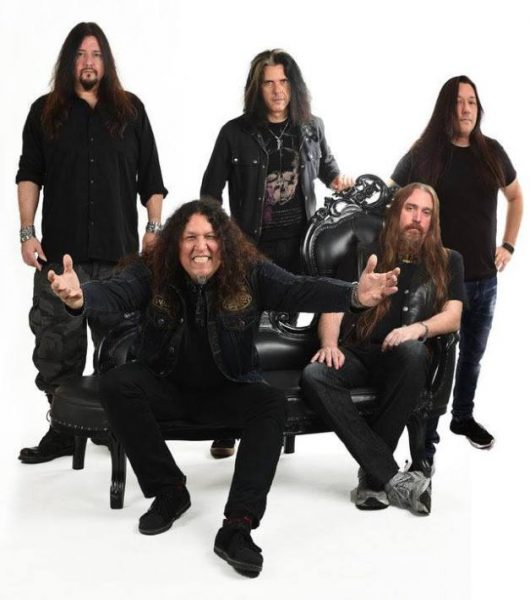 “I’ve talked with [lead guitarist] Alex [Skolnick] and he has some ideas,” Peterson said. “Right now, I’m librarying riffs and it looks like it’ll be pretty heavy and old-school. At the same time, I’m being careful not to copy what we’ve done before. I can’t say for sure when it’s gonna be finished, but it’s gonna be killer.”

“Brotherhood Of The Snake” was recorded with producer Juan Urteaga (EXODUS, HEATHEN, MACHINE HEAD), Peterson and Billy and was mixed and mastered by Andy Sneap. 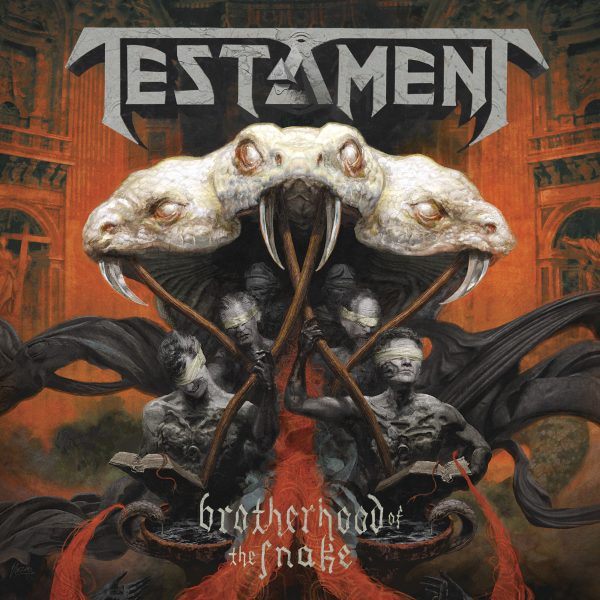