Bay Area thrash giants TESTAMENT have announced that they will be re-releasing 5 of their classic albums on January 26th, 2018 via Nuclear Blast. 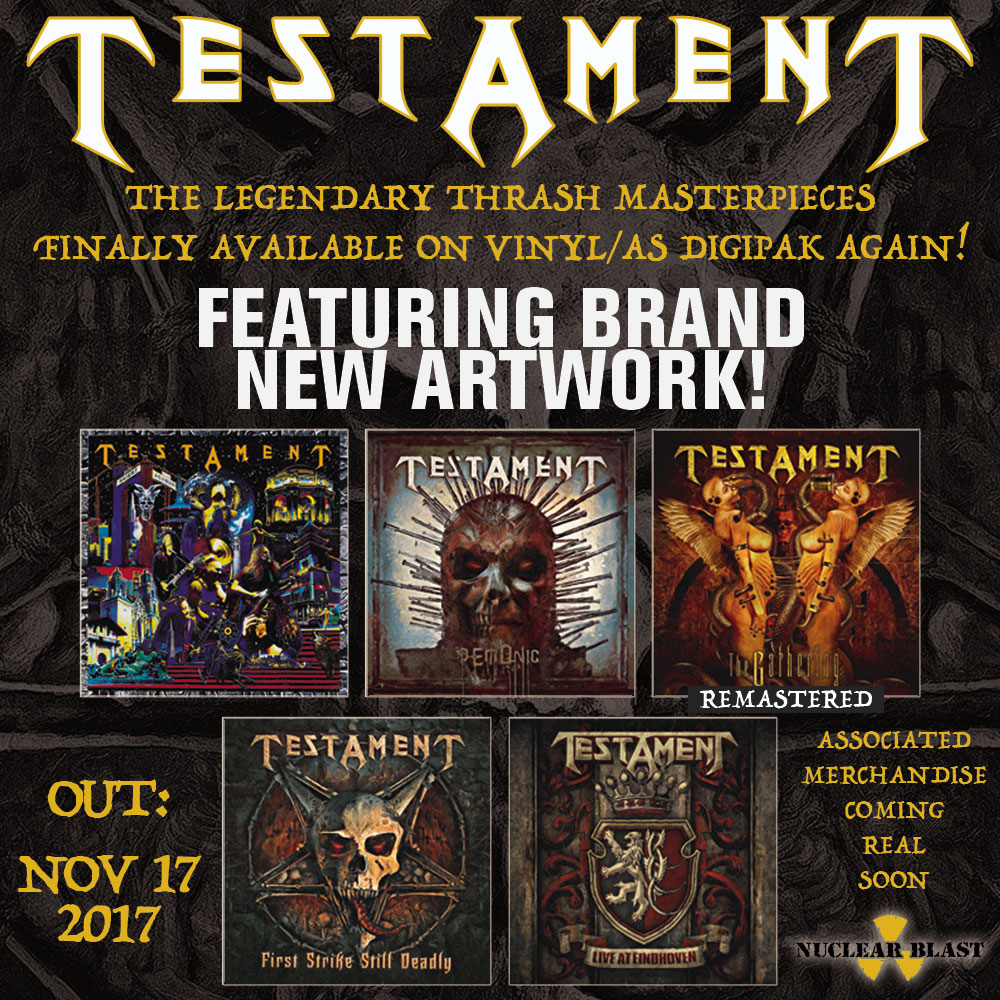 The re-issues read as follows:

‘Live At The Fillmore’ (1995)
‘Demonic’ (1997)
‘The Gathering’ (1999) – remastered by Andy Sneap
‘First Strike Still Deadly’ (2001)
‘Live At Eindhoven ’87’ (2009)
Guitarist Eric Peterson commented: “I’m super stoked that Nuclear Blast, “the best metal label on earth”, is re-releasing the re-birth of TESTAMENT era featuring ‘Demonic’ and ‘The Gathering’ these two albums brought us back to life with ultra-heavy and unrelenting fury and melody. Also ’87’s live classic in full ‘Live In Eindhoven’ and re-recordings of our classics ‘First Strike Still Deadly’. These classic records feature revamped art to boot that are unapologetic to their themes as they were.”

Added vocalist Chuck Billy: “I am more than excited to have Nuclear Blast re-release part of our catalogue that has been in need of a good home. Nuclear Blast has taken these albums in and will help TESTAMENT bring something killer to our fans.”

The re-issues of all 5 albums will feature stunning new artwork by Marcello Vasco (Slayer, Kreator, Hatebreed) and be released both as digipak CD and on black vinyl, ‘Demonic’, ‘The Gathering’ and ‘First Strike Still Deadly’ are also being released on silver vinyl.

TESTAMENT are also thrilled to announce their return to our UK and Irish shores in March/April 2018!

The band is still touring in support of their critically acclaimed latest record ‘Brotherhood Of The Snake‘ and they will be bringing along with them Canadian thrashers ANNIHILATOR as well as Polish death metal tank and label mates VADER.

“I’m super excited about this tour! I can’t wait! Really really looking forward to spending some quality time in the UK, Ireland and Europe and it’s way too long overdue! Hails!” 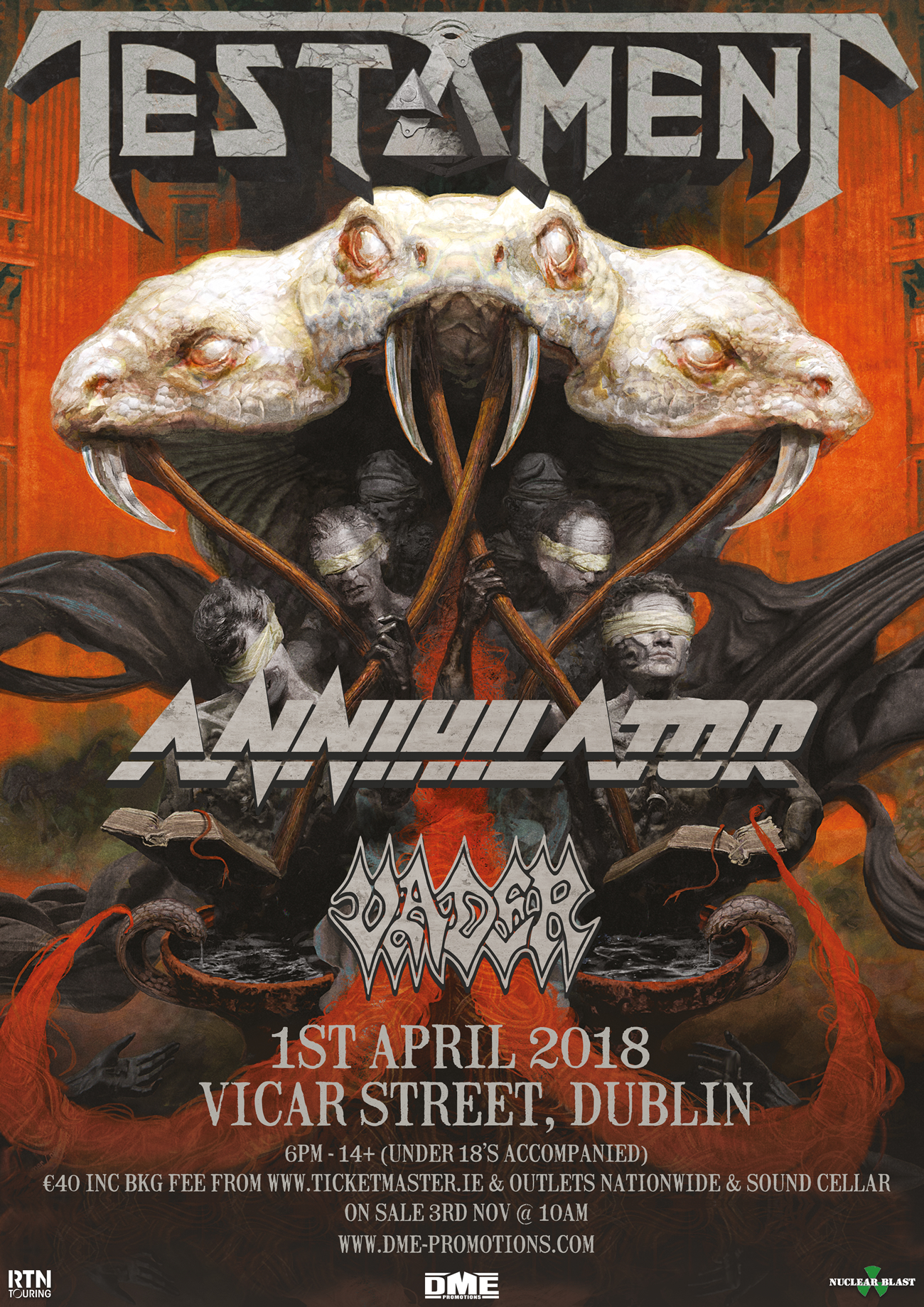