Bay Area thrash giants TESTAMENT have announced that they will be re-releasing 5 of their classic albums on November 17th, 2017 via Nuclear Blast. Get all the details right here! 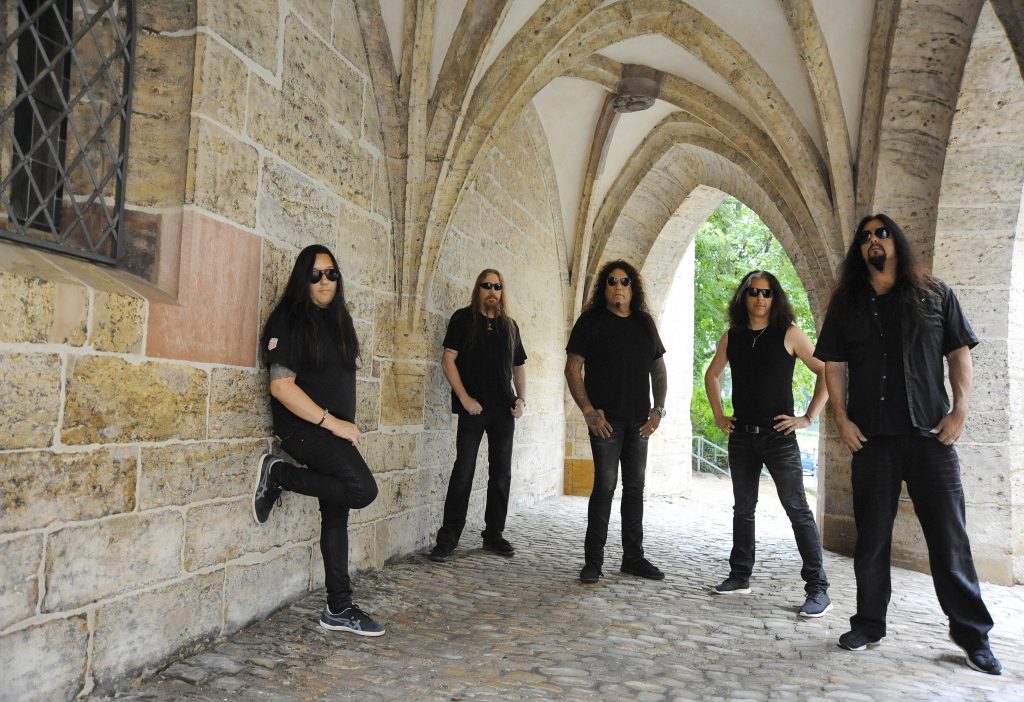 The re-issues of all 5 albums will feature stunning new artwork by Marcello Vasco (Slayer, Kreator, Hatebreed) and be released both as digipak CD and on black vinyl, ‘Demonic’, ‘The Gathering’ and ‘First Strike Still Deadly’ are also being released on silver vinyl.
The re-issues read as follows:

Guitarist Eric Peterson commented: “I’m super stoked that Nuclear Blast, “the best metal label on earth”, is re-releasing the re-birth of TESTAMENT era featuring ‘Demonic’ and ‘The Gathering’ these two albums brought us back to life with ultra-heavy and unrelenting fury and melody. Also ’87’s live classic in full ‘Live In Eindhoven’ and re-recordings of our classics ‘First Strike Still Deadly’. These classic records feature revamped art to boot that are unapologetic to their themes as they were.”

Added vocalist Chuck Billy: “I am more than excited to have Nuclear Blast re-release part of our catalogue that has been in need of a good home. Nuclear Blast has taken these albums in and will help TESTAMENT bring something killer to our fans.”

An associated merchandise collection will be launched soon! 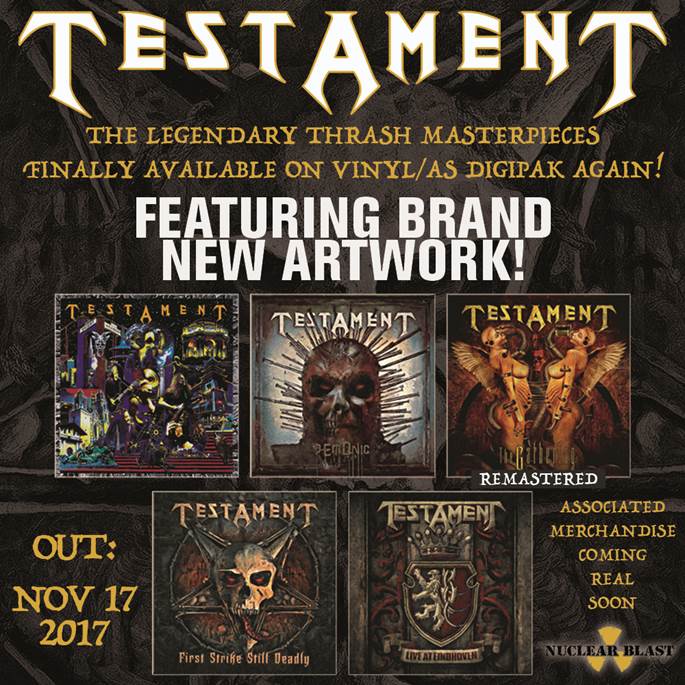 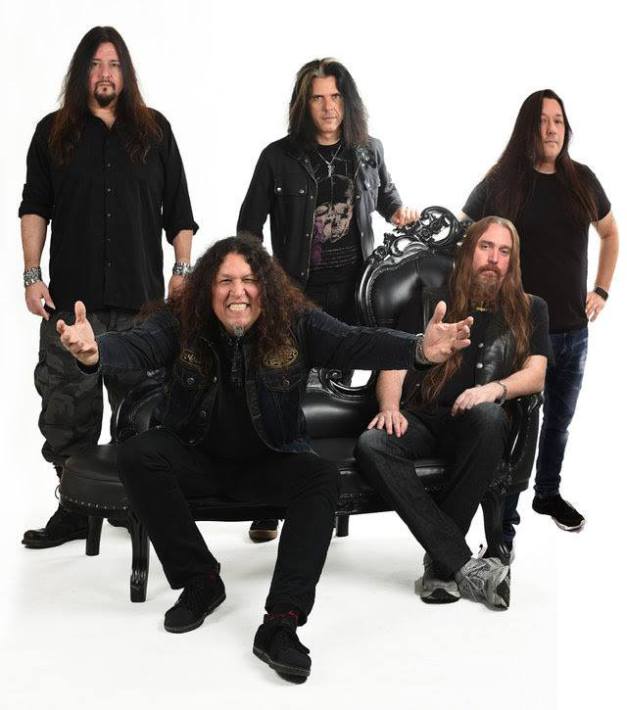