The time has arrived for legendary Bay Area thrash metal giants TESTAMENT to unleash new thunder to the masses and reveal their thirteenth studio album, Titans Of Creation, which will be released on April 3rd via Nuclear Blast.

Today the band launches their multi-part series examining each member in their respective element. Watch the first episode focusing on Alex Skolnick in his element (air), here: 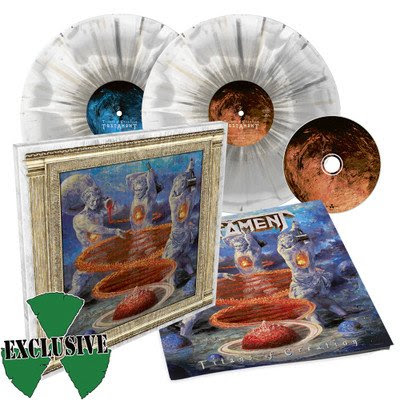 Titans Of Creation was produced by Chuck Billy and Eric Peterson while Juan Urteaga of Trident Studios handled co-producing, recording and engineering.

Andy Sneap was responsible for the mixing and mastering of the album. Eliran Kantor stepped up once again to create a new masterpiece of artwork for the cover of this release. 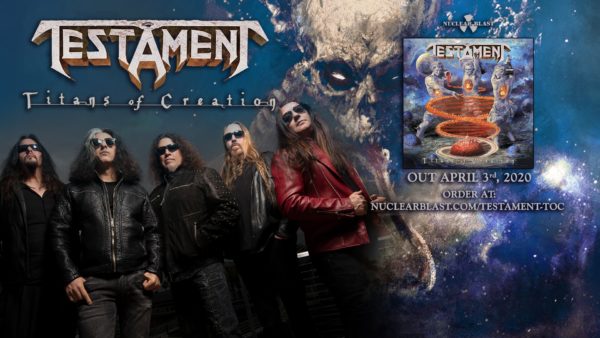 Testament are currently on the road in EU and UK with Exodus and Death Angel for aptly-titled ‘Bay Area Strikes Back‘ tour. They will be making a stop in Ireland’s National Stadium on March 4th. 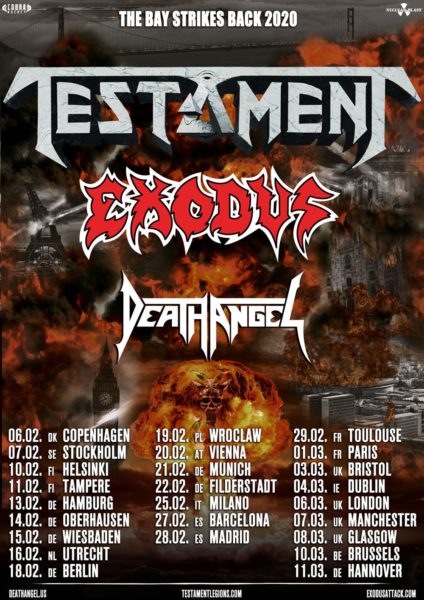