The time has arrived for legendary Bay Area thrash metal giants TESTAMENT to unleash new thunder to the masses and reveal their thirteenth studio album, Titans Of Creation, which will be released on April 3rd via Nuclear Blast.

The band have launched a multi-part series examining each member in their respective element. Today sees the release of the fourth episode, in which Chuck details his life in his element. Check out the video below:

Pre-order your copy of Titans Of Creation on the format of your choice here.
Pre-save the album on Spotify, Apple Music, and Deezer here.

Still filled with massive and unstoppable energy since their last release, TESTAMENT has taken their style to the next level and present an album that is loyal to the roots of traditional thrash metal while still including alluring, brilliant and progressive ingredients that they are known for.

Titans Of Creation was produced by Chuck Billy and Eric Peterson while Juan Urteaga of Trident Studios handled co-producing, recording, and engineering. Andy Sneap was responsible for the mixing and mastering of the album. Eliran Kantor stepped up once again to create a new masterpiece of artwork for the cover of this release.

Chuck and his wife Tiffany have recently been tested positive for Covid-19.

The 57-year-old,  who had been feeling unwell since returning home to the San Francisco Bay Area earlier in the month following the completion of “The Bay Strikes Back 2020” European tour with EXODUS and DEATH ANGEL, said that it was “tough” for him and his wife to get tested.

COVID-19 symptoms vary widely, and overwhelmed delays for testing in many countries means that many people may have already had the coronavirus without having received a positive diagnosis.

EXODUS guitarist Gary Holt, who was also on “The Bay Strikes Back 2020” tour, revealed earlier in the month that he was exhibiting all the symptoms of COVID-19. 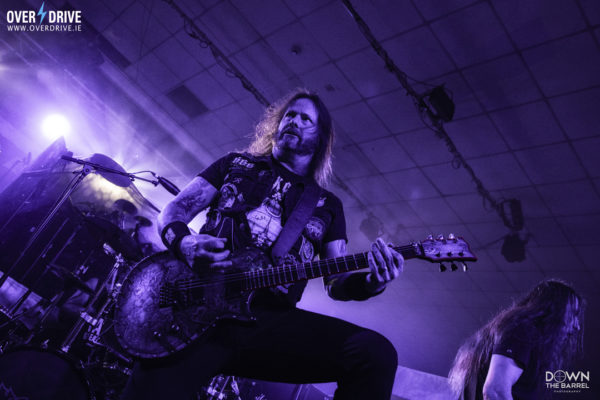 Credit – Down The Barrel Photography, exclusively for www.overdrive.ie © 2020. All Rights Reserved.

Holt later said that he and his wife underwent coronavirus testing on March 20 but added that they will have to wait “seven to 10 days” for results.

DEATH ANGEL drummer Will Carroll has been in an intensive care unit at a Northern California hospital since March 18 after being taken “very ill” following the completion of “The Bay Strikes Back 2020” trek. 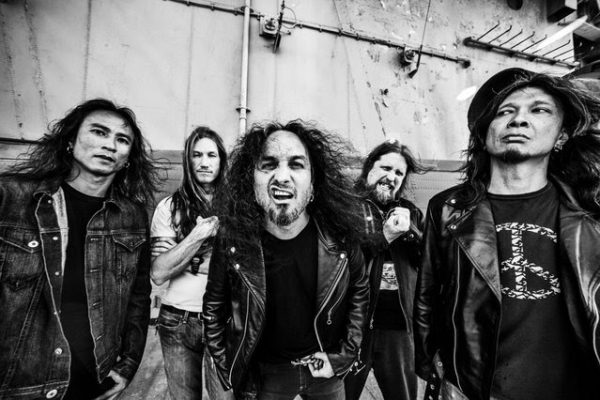 TESTAMENT, EXODUS and DEATH ANGEL canceled at least two shows on “The Bay Strikes Back 2020” tour due to the fast-spreading outbreak of the Coronavirus: February 25 in Milan, Italy; and March 11 in Hannover, Germany.

We wish them all a speedy recovery.