The time has arrived for legendary Bay Area thrash metal giants TESTAMENT to unleash new thunder to the masses and reveal their thirteenth studio album, ‘Titans Of Creation’, which will be released on April 3rd via Nuclear Blast.

The band has launched a multi-part series examining each member in their respective element and today, the band released the second trailer where Steve Di Giorgio is captured in his element:

Catch Testament with Exodus and Death Angel this coming Wednesday in Dublin’s National Stadium for their only Irish performance on ‘The Bay Area Strikes Back” tour.

Limited tickets are available via Ticketmaster. 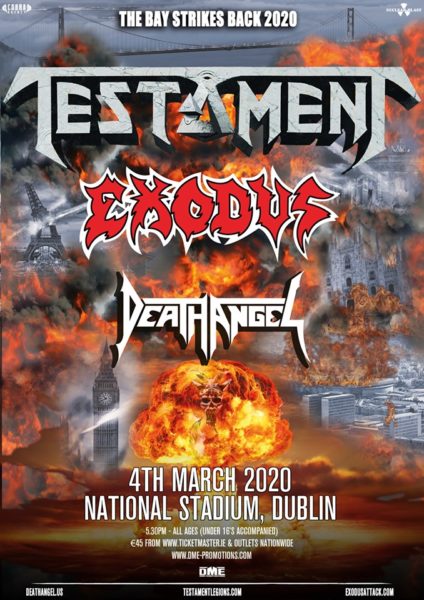