Dutch poly-rhythmic metallers TEXTURES will release the first of their forthcoming two albums, Phenotype, on February 5th, 2016 via Nuclear Blast. So get familiar with the mind boggling power of the riff! 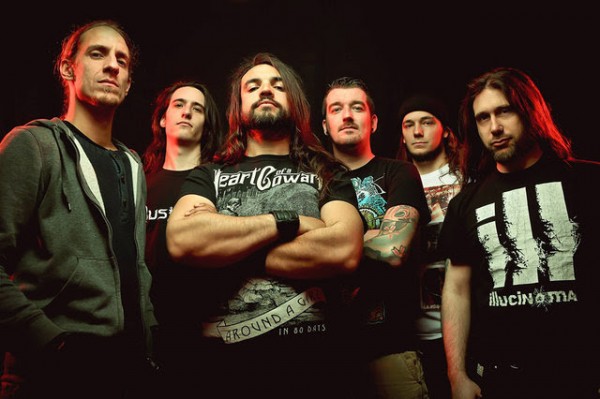 The band have released part one of a track by track series in support of the new release, which can be viewed below.

Phenotype, a 60-minute song-based album, presents an eclectic overview of what modern metal offers while preserving the catchy, innovative and progressive songs that TEXTURES represent. The new virtuosos Uri Dijk (synth) and Joe Tal (guitar) deliver a new, harmonic vibe to the mature TEXTURES sound. The new album is part one of the musical diptych, with the second album entitled Genotype scheduled for release in 2017.

Listen to new track ‘Illuminate The Trail’ on the video link below. Overdrive were so impressed with this that we simple had to have it as our “Video of the Week”!

3. Shaping A Single Grain Of Sand

Pre-order the album (inc signed insert) on this link.

Watch a guitar playthrough video of the first single from Phenotype, entitled ‘New Horizons’ – learn all the licks and tricks below:

‘New Horizons’ represents the last five years of the band’s career and above all, the future of TEXTURES. The track is an honest, catchy and boisterous metal song longing to be played at steaming festival grounds.

Watch the stunning lyric video for ‘New Horizons’ and make sure to turn it all the way up!