The Black Dahlia Murder pulled into town for a masterclass of extreme metal. This is what happened… 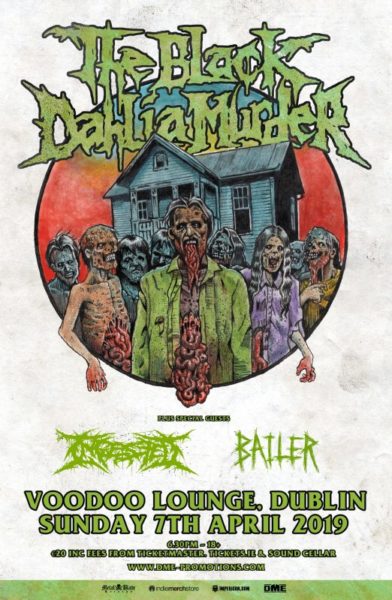 Having pushed more into the metal scene with a good public reception within the last year, Cork’s own BAILER open the night drawing a genuinely impressively large crowd before they even hit the stage.

The last year has seen the foursome garner attention from international metal press and progressively play more gigs around the country with positive feedback. Frontman Alex O’Leary stomps on the stage in beat with the bands hardcore/alt sound and in turn, gets a momentum going within the crowd – receiving good feedback and interaction from friends and fans alike. 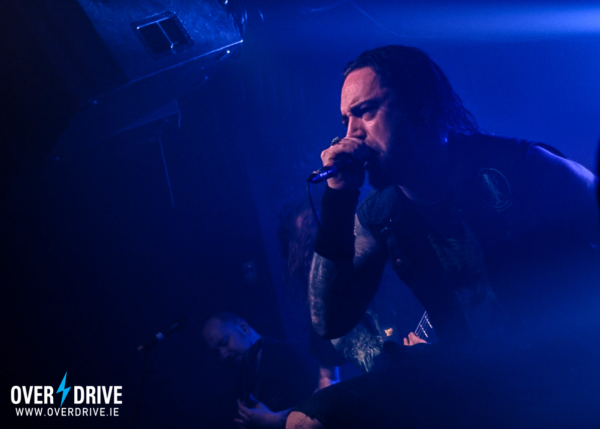 “I wanna see violence!”, INGESTED frontman Jason Evans yells to the crowd after a brief set-up. Tonight’s show marks the bands third time playing in Ireland since November (previously supporting Aborted in both Dublin and Limerick); despite having formed over a decade ago in 2006.

Reflecting on Novembers show, the crowd back then seemed hesitant to really get into the music in a physical aspect, but tonight was the opposite with intense crowd movement within the first few opening riffs of the first song.

With the possibility of tour fatigue contributing to a slightly less energetic show in regards to the support slot with Aborted in the same venue (tonight being the third night of Ingested’s “Kings, Gods and Deities” tour coinciding with supporting TBDM), the same issue was not reflected in tonights show, with much more interaction and enthusiasm between band and crowd alike. Evans introduced a new song, “Mouth of the Abyss”, to the crowd after explaining that audiences tend to get weird and awkward not knowing what to expect – in this case, a brutal slam number with an abrupt ending. Ingested finish up with last years release “Invidius” before calling it a night.

Returning to Dublin in the same venue after a three-year absence, THE BLACK DAHLIA MURDER have since released the critically acclaimed “Nightbringers” and finish up the European leg of their tour in promotion of the 2017 release. “What the fuck is up Dublin?!” vocalist Trevor Strnad exclaims before the band burst into “Widowmaker”, to an immediate high-intensity crowd – a mosh-pit erupts to the point where some people are literally running away from the front of the stage so to not get sucked-in.

Strnad’s smiley and laid-back exterior brings out some amusing comments while watching the crowd’s reaction to the bands’ performance; exclaiming that “it’s getting juicy in here!” before continuing with the ‘Nocturnal‘ albums “Everything Went Black”.

A 12-strong discography between albums and EP’s gives the band much array to pick and choose what to play for newer and more hardcore fans – with even the band attracting fans from older and younger generations in terms of age – however TBDM’s most recent album ‘Nightbringers‘ song ‘Kings of the Nightworld‘ brings out the most attention of the night, with much more stagediving and air-guitar solos. 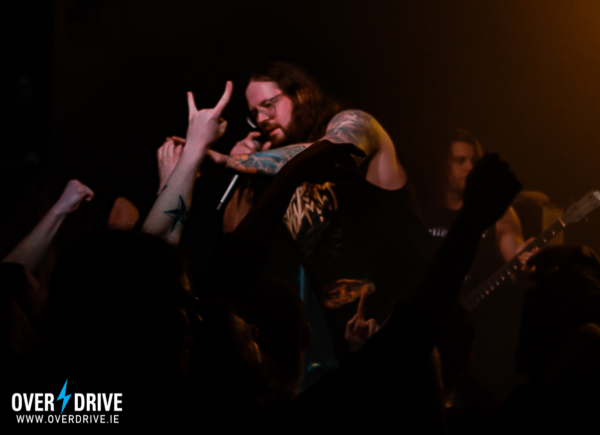 Throughout the night the focus gets more and more intense on the front-of-house mosh-pit which has gradually grown in size, almost bypassing ‘that’ support-beam in the VooDoo venue.

Amidst much stage-diving, a girl emerges from the crowd with a bloody nose yet seems unphased. Strnad encourages the crowd by asking them to “walk around in a big fucking circle” before jumping into “Deathmask Devine”. The band announce one last song with crowd interaction of screamed “Oi! Oi! Oi!”s before finishing up the night with “I Will Return”.

Immediately prior to the performance, much of the crowd refused to budge from the clearly sweat-drenched front of the stage and demanded an encore – where a roadie animatedly pulled out the power cord from the amp and shrugged – thus closing the night.  A successful night in terms of a metal show in the VooDoo Lounge creating an extremely energetic atmosphere on top of impressive light and sound work. 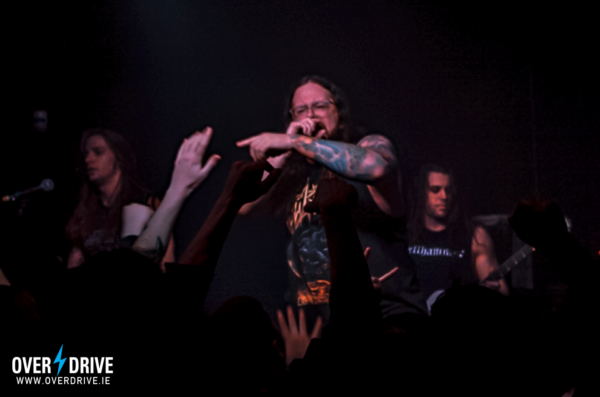