It’s taken them seven years, but today The Cure’s return to Ireland has just been confirmed by promoters MCD. Get full details below; 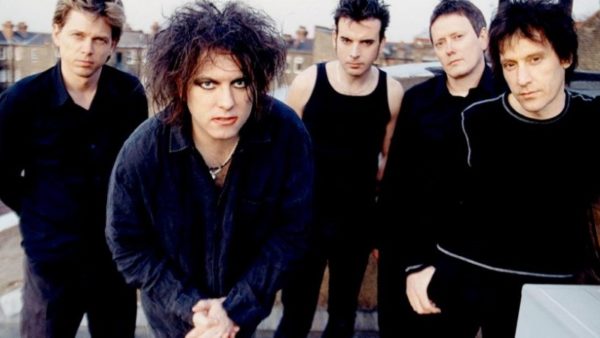 The Cure will return to Ireland to play their first headline show in 7 years with tickets on sale from Wednesday, October 10th at 9 am priced at €69.50 (inc booking fee) via Ticketmaster.

The Cure are coming to Dublin’s Malahide Castle on Saturday 8 June 2019, in celebration of their 40th anniversary.

The Cure celebrated their 40th anniversary in July with a very special sold-out concert in London’s Hyde Park, almost 40 years to the day since their first ever show. Performing to 65, sold-out fans, the set list was packed with 29 hit songs including ‘Pictures Of You‘, ‘Lovesong‘, ‘Inbetween Days, ‘Just Like Heaven‘, ‘A Forest’, ‘Lullaby‘, ‘Boys Don’t Cry‘ and more.

The Cure formed in Crawley, Sussex, England. Played its first show in 1978. Has performed around 1,500 concerts to date.  Has released 13 studio albums. Several concert films. A few live albums. Some soundtrack songs.

Tickets strictly limited to 4 per person. Please note that the lead bookers name will be assigned to all tickets. 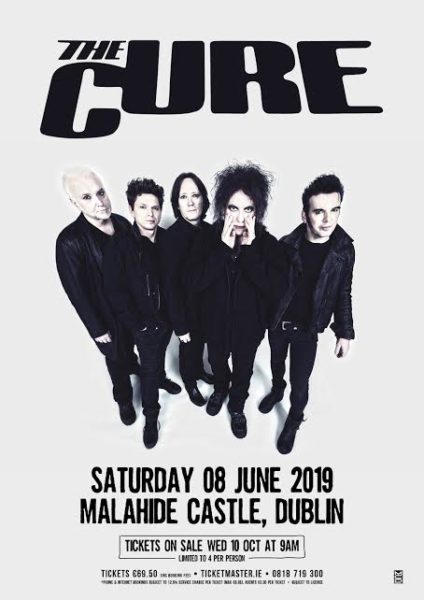