You may have heard of The Enigma Division if you’re a regular visitor to Overdrive. However, if you’ve still not had the pleasure, then you’re in for serious listening experience and as of today, we can finally share the news of their inclusion to Bloodstock 2023 next August!

With their debut album due for release on January 27th, The Enigma Division have been harvesting considerable interest from fans of progressive technical/melodic Metal [with a sci-fi ’80s movie soundtrack vibe] since releasing a slew of singles back in 2020.

We caught up with guitarist, Conor McGouran, where he told us about the bands’ reaction to being booked for, what is fast becoming, the Metal party of the year. 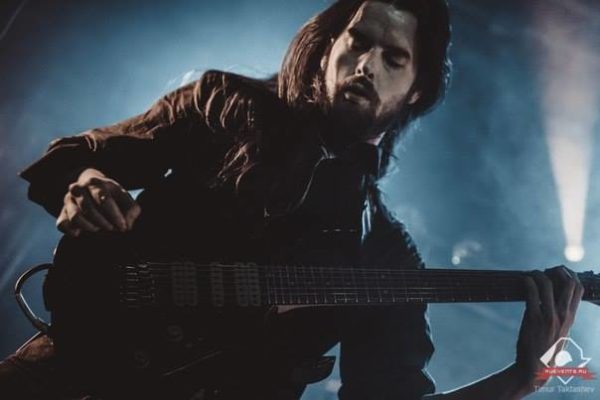 OD – This will be your first time performing at Bloodstock with The Enigma Division, how does it feel to know that you’ll be performing these new songs to such a huge audience?

CONOR – Very exciting and very surreal. It was always a dream to play Bloodstock with this band and it’s just unbelievable that we’re getting the opportunity to realise it. It still hasn’t sunken in quite yet.

OD – Having been to Bloodstock before, you know what to expect. What is it about the festival that you enjoy so much?

CONOR – I just love the camaraderie between all the bands. Everyone there knows how much it means to be apart of a such an amazing event. It’s truly a special experience. I’m also looking forward to catching a lot of new bands and also some legends such as Meshuggah and Megadeth.  Also I’m really looking forward to seeing Dead Label destroy the main stage!!

OD – What are the plans for The Enigma Division going forward?

CONOR –  Play a few shows next year and then begin finishing album No. 2.

OD – Coming from Ireland, you’ve had the opportunity of being a guest judge for the Irish Metal 2 The Masses. What can you say about the shows that you’ve seen? Do you think that it’s a good platform for young bands to break out of the Irish scene?

CONOR –  Without a doubt. I’ve discovered some incredible local bands from those shows. In fact I never even viewed it as a competition. I just saw it as a platform for great bands to perform and show people what they can do. Nearly all of those bands that participated have become staples in the scene and are just going from strength to strength.

OD – If you could change anything about the Metal/Underground scene in Ireland, what would it be?

CONOR – A few years back I probably would have answered that more negatively, but there really seems to be a great support network now, and it seems to be improving all the time. My only issue would be lack of venues that support this music. We have Fibbers which is mecca for the scene in Dublin, but it would be awesome to see some conventional venues have like a weekly metal night. It would give bands more places to play, and an opportunity to reach a different audience too.

OD – For anyone that’s never heard of The Enigma Division before, what can they expect from the album, and the live show?

CONOR –  It’s always weird trying to ‘sell‘ something that’s very dear to us. Also I suffer from self deprecation. [Laughing].

It will hopefully be an expansive and immersive experience for the listener. I guess if the Blade Runner universe had a metal bar, we’d ideally be the house band [Laughing]. Live, expect filthy riffs to head-bang to, and lots of melody!!

Self-titled debut album will be released on January, 27th, 2023.

The Enigma Division will perform the debut UK show at Bloodstock Open Air this coming August. Their debut album is due for release on January 27th, 2023. Check out their latest single, ‘The Age of Discovery‘ via the link below: