THE ENIGMA DIVISION RELEASE NEW SINGLE ‘THE AGE OF DISCOVERY’


With the continued success of each single, Irish Progressive Tech-Noir Metal project, The Enigma Division invites you to delve a little further into their yet to be released debut LP with their new single, ‘The Age of Discovery’. 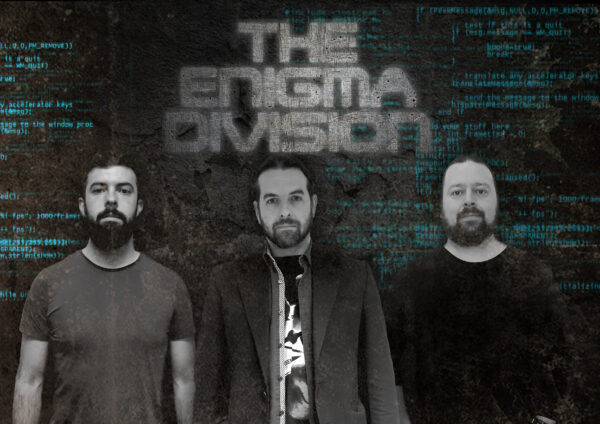 Taking elements of ‘80s synth wave, and applying it to modern Tech-Metal has created what the band refer to as ‘Tech-Noir’, which is exactly what you’ll find with The Enigma Division’s compositions.

Creating vastly exciting musical landscapes that is best described as a fusion of Steve Vai, Dream Theatre, Animals as Leaders, and Liquid Tension Experiment, The Enigma Division have created a colourful, and equally captivating escape to another dimension.

Speaking of the new single, guitarist, Conor Mcguran says: “The Age of Discovery was one of the earliest songs we wrote together when we first started The Enigma Division. Will’s (Alex Young) lyrics were exactly what this tune needed, as we wanted to convey a sense of hope amongst the intense nature of the music.

Something we strive for in all our songs is that message of when we’re losing hope, we can remind ourselves that the world we want to live in, the one we can imagine, can be real, because we create our world.”

Speaking of the bands formation, he explains: “The Enigma Division started as the brainchild of myself and Ronan Burns. We both have quite a wide range of musical tastes, and the idea was to create a sound that combined all of those influences, and make it our own.

It’s become a sound we refer to as “Tech-Noir” as it incorporates our love for atmospheric 80’s synth music, film score, and science fiction, combined with extremely groove laden heavy riffs”.

Check out the video reaction to ‘The Escapist’ from Stratele Studio music producer, Jeff Castanon below:

The self titled album is due for release in late January/early February and contains the following tracks:

The Enigma Division are: