The Mars Volta have revealed details on ‘La Realidad De Los Sueños Box-Set’ which is now available for pre-order. Get a full breakdown of what’s included in this epic release below… 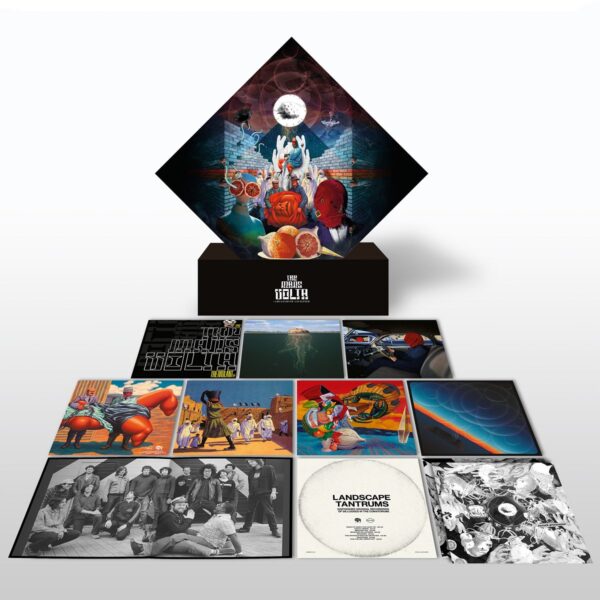 We are excited to announce a very special vinyl release, all studio albums and EPs by the critically acclaimed iconic duo that is The Mars Volta.

It is the release fans have been anticipating for years, including the myth-shrouded LANDSCAPE TANTRUMS – the original unfinished recordings of De-Loused in the Comatorium.

The remastered box-set is limited to 5000 copies worldwide and includes an exclusive photo book of behind the scenes photos with accompanying text spanning the bands’ career and 2 collectable pin-badges.

LA REALIDAD DE LOS SUEÑOS means “the reality of dreams” – and there is no title more fitting for this unbelievable box-set. This represents a dream come true for the many loyal fans of alternative rock giants, The Mars Volta, across the world. Working intimately with Omar Rodríguez-Lopéz, Clouds Hill has brought out an all-encompassing and wonderfully designed vinyl box-set.

Everything has been newly remastered specifically for vinyl by Chris von Rautenkranz. And you can hear the difference: Chris explains, “We have taken care to give the sound more space. To make it sound more lively and organic than the original, which was mastered for digital formats.”

We said “all-encompassing”: the thing about this box-set is that it includes the first-ever release of recordings that fans of the band have long seen as The Mars Volta “holy grail” – shrouded in myth and rumour: do they exist? If so, where are they kept? Who is keeping them? And will we ever be able to listen to them? Well, now, we can!

This mythological beast, the unfinished original recordings of De-Loused in the Comatorium, is known as LANDSCAPE TANTRUMS. It was created when the band recorded previous versions of the pieces that Rick Rubin later produced for DELOUSED IN THE COMATORIUM. Omar Rodríguez-López kept the master tapes of these sessions under lock and key, but now he has given them the green light for release. “It is the right time, to open these recordings up to the public”, he says. “As a work of art in its own right, this set also needs to be seen as the end of a story.”

The recording of LANDSCAPE TANTRUMS reveals a sound that is rawer, more emotional, more tightly coiled. “Anyone listening to these tracks will get a glimpse into that time, into Omar’s soul” explains Johann Scheerer from Clouds Hill, who produced the box set in collaboration with Omar. Rodríguez-López responded to the end of his post-hardcore band, At The Drive-In by founding The Mars Volta, but the LANDSCAPE TANTRUMS sessions reveal confidence and sensitivity that brings this legacy into The Mars Volta.

“It is a central part of the band’s history” reports Johann Scheerer, “the recordings prove just how much this band had to share, even so soon after its founding. But they also show just how much force this music could have if you didn’t have a producer like Rick Rubin behind the mixing desk.”

This is not to take away from Rubin’s contribution. Listening to DE-LOUSED IN THE COMATORIUM as remastered for vinyl reveals just how this “Rubin spirit” drove the band forward, particularly in how vocalist Cedric Bixler-Zavala found his voice, and how Omar developed so much self-confidence in his working with Rubin that he produced the subsequent masterpiece FRANCES THE MUTE on his own, complete with the sounds and structures that remain hard to believe to this day.

For everyone who can’t get enough of DELOUSED IN THE COMATORIUM sessions, the recordings of the two ‘lost songs’ “A Plague Upon Your Hissing Children” and “Eunuch Provocateur” are being released in this box set for the first time. Included in this fabulously designed set is also a hardcover book specially put together by Omar Rodríguez-López and the Clouds Hill team with unpublished ‘behind the scenes’ photographs from their early days. The photos bring us into a world of a band that put everything it had into its music – recognizing LA REALIDAD DE LOS SUEÑOS...the reality of dreams.

A LIMITED EDITION 18 LP SET OF EVERY STUDIO ALBUM & EP ON 180 GRAM BLACK VINYL Including the studio EPs/albums:
• TREMULANT
• DE-LOUSED IN THE COMATORIUM
• FRANCES THE MUTE
• AMPUTECHTURE
• THE BEDLAM IN GOLIATH
• OCTAHEDRON
• NOCTOURNIQUET 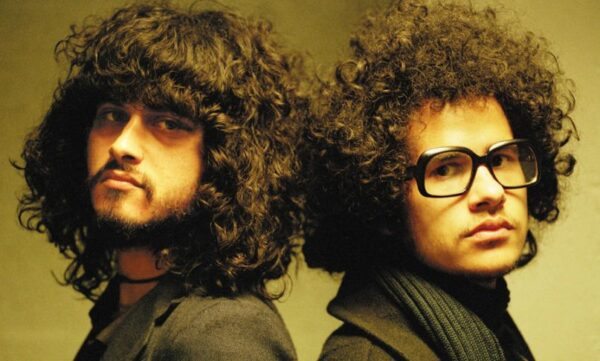