SoCal icons and one of the best-selling punk rock bands of all time, THE OFFSPRING, officially released their highly anticipated tenth studio album Let The Bad Times Roll via Concord Records . 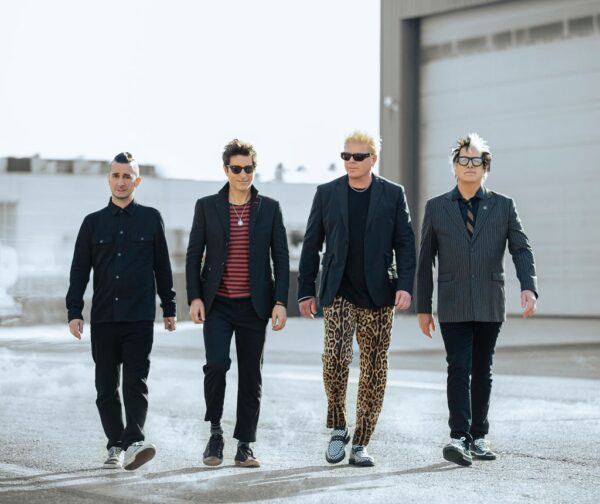 The new music was written and recorded over the course of the last several years at various locations including the band’s Huntington Beach, California studio.

The album is the band’s third time working in collaboration with legendary rock producer Bob Rock.

Legends and innovators of the Southern California punk rock scene, The Offspring have sold more than 40 million albums worldwide, won countless awards, and have toured consistently, playing more than 500 shows in the last decade alone.

Their music has had a lasting impact across film, television, and video games, but the band turned their focus to a new album release in 2021. The band is comprised of singer Dexter Holland, guitarist Noodles, drummer Pete Parada and bassist Todd Morse.

THE OFFSPRING have also recently announced a select run of Irish and  UK arena tour dates for this November, the ‘Let The Bad Times Roll Tour‘. On top of this, support on all dates will be the Swedish rock favourites, THE HIVES.

Listen to the new album below:

Having a tour with two such incredible bands comes around very rarely these days, and this tour is one not to be missed under any circumstances.

Catch the first date of the tour in Ireland’s 3Arena on Sunday, November. Tickets are now on sale via Ticketmaster online. Purchase yours here. For more information, please contact MCD Productions. 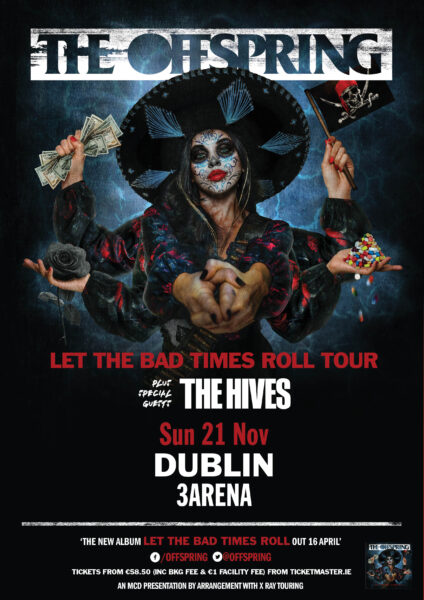