Regarded as one of the Bay Area’s most formidable Thrash metal battalions, Forbidden Evil was one of the leading, highly-acclaimed ‘second wave’ bands in the SF scene, by the late ’80s. Today sees the 32nd anniversary of their awesome debut LP, ‘Forbidden Evil’. 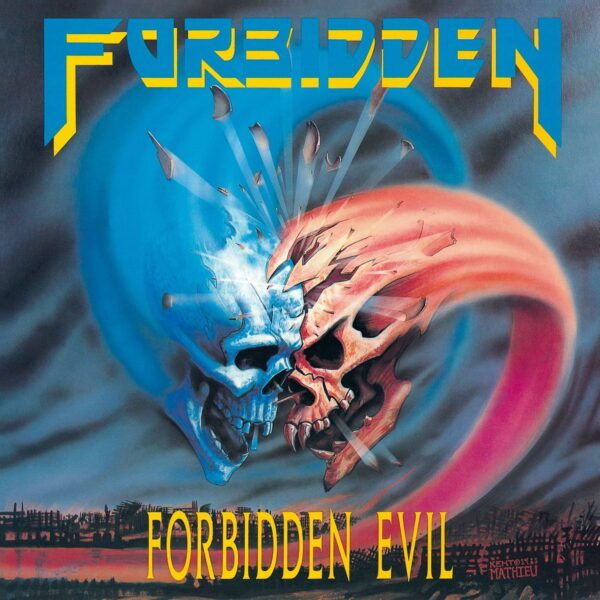 Emerging from the underbelly of the San Francisco club scene as far back as 1985, the ‘Forbidden Evil’ LP appeared on September 30th, 1988 boasting eight, razor-sharp, thrash metal anthems that still, to this day, are an undeniable force of nature.

Previously known as ‘Forbidden Evil‘ during their formative years back in ’85, Forbidden managed to weather the storm that saw many local bands mercilessly washed away in the hype of the Bay Area’s second wave of Thrash Metal.

With the likes of local heroes Metallica, Exodus, Heathen and Death Angel, kicking down the doors to an international audience, drawing a very bright spotlight to the explosive [now infamous] Bay Area club scene, second-wave bands’, such as Testament [Legacy], Dark Angel, Hirax, Sadus, Evildead, Mordred, Vio-lence and Forbidden Evil were on the rise and gaining considerable respect from their peers and steadily-growing fanbase.

With the bands’ original line-up comprised of vocalist Russ Anderson, guitarists Glen Alvelais and Craig Loccicero, bassist Matt Camacho and drummer Paul Bostaph [Testament, Slayer] it should be noted that Rob Flynn also had a lengthy period in the band, before departing to join Vio-lence and later, Machine Head. 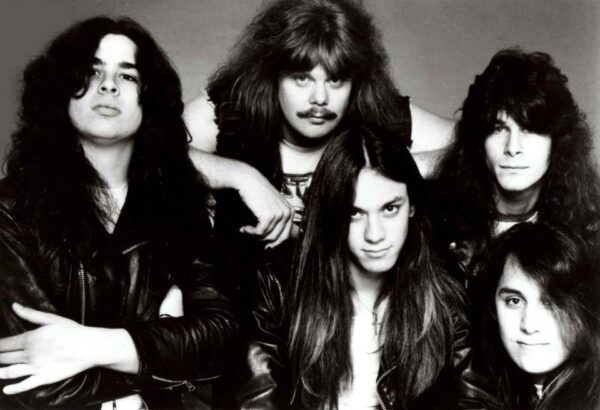 Forbidden Evil regularly performed alongside Exodus and Testament which led to the band signing to Combat Records and a European deal with Under One Flag.

By 1988, the band had truncated their name from ‘Forbidden Evil‘ to ‘Forbidden‘ and proceeded to release their debut ‘Forbidden Evil‘ LP, which gravitated to the more extreme end of the now splintering Thrash metal sub-genre.

News quickly travelled far and wide of the bands’ visceral live performances, leading to Forbidden’s debut EU appearance at Holland’s Dynamo Festival in May 1989, which was recorded and released as a mini-live album ‘Raw Evil – Live at The Dynamo‘ in September ’89. 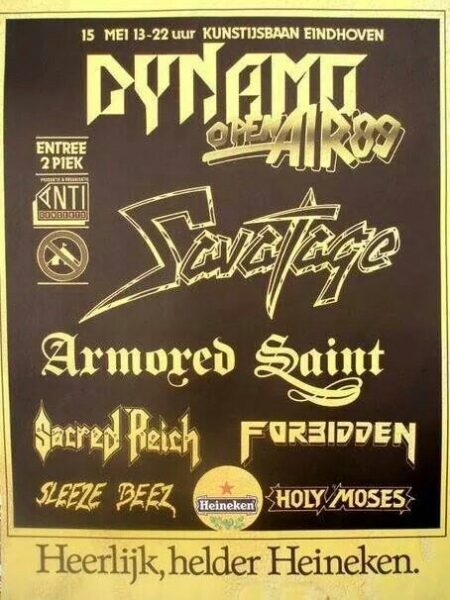 The album’s intro, ‘Chalice of Blood’, quickly presents the listener with the business end of their awesome power within the first 60-seconds, and continues to surge with aggression and venom all the way through, thanks to the pulsing attack from Bostaph, Anderson’s remarkable vocal register, Camacho’s precision and the lethal combination of guitarists Alvelais and Locicero.

With a less than immaculate production, ‘Forbidden Evil‘ packs a monster punch with tracks like ‘Through The Eyes of Glass‘, ‘Forbidden Evil‘, ‘March into the Fire‘ and haunting ‘Follow Me’ which was an early indication as to the flavour of the bands’ 1990 sophomore release, ‘Twisted into Form‘.

Forbidden released a further two studio albums, ‘Distortion‘ [1994], ‘Green‘ [1996], followed by a hiatus in ’97 with their next documented performance taking place at 2001’s infamous Chuck Billy [Testament]/Chuck Schuldiner [Death] ‘Thrash of the Titans‘ Cancer Benefit show in 2001 [see video below].

2007 saw the band reform and hit the road for a selection of reunion shows in 2008 in both Europe and America. By 2008, Nuclear Blast offered the band a deal which resulted in ‘Omega Wave‘ [2010] – the bands’ final studio album to date.

An indefinite hiatus came about in 2012 as the band were working on the follow-up to ‘Omega...’ when bassist Matt Camacho announced his decision to retire from the music business and leave Forbidden permanently.

This was briefly followed by a statement from vocalist Russ Anderson who also stated his intentions to “take a break” from the industry.

Commented guitarist Craig Locicero at the time: “I am extremely saddened to have to announce that our bassist and brother since 1986, Matt Camacho, has decided to retire from the music business and leave Forbidden permanently. 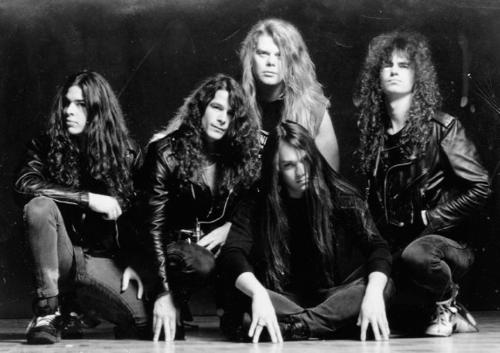 “For those that know and love Matt, this may be a shock to you. Matt’s always been gung-ho for the band since the beginning and was a positive guy. But ever since he went to law school after Forbidden split up the first time, he was on a career path that would eventually take him to this day. His job position keeps getting better and taking care of our families is the most important thing.

“With that being said, Russ Anderson has made the decision to take a break away from music to get his bearings back and rekindle his fire for Forbidden. Russ is not quitting but has decided that he needs to do this for himself. We support him and his decision to not fake his way through what needs to be real.”

Forbidden will always be regarded as one of Bay Area’s most treasured bands that left a powerful footprint in the legendary history of Thrash Metal.

Listen to ‘Forbidden Evil‘ below: