Against this backdrop of postmodern dystopia, chaos, and confusion arrives ‘Human Target’, the earth-scorching fifth album from extreme metal titans THY ART IS MURDER. 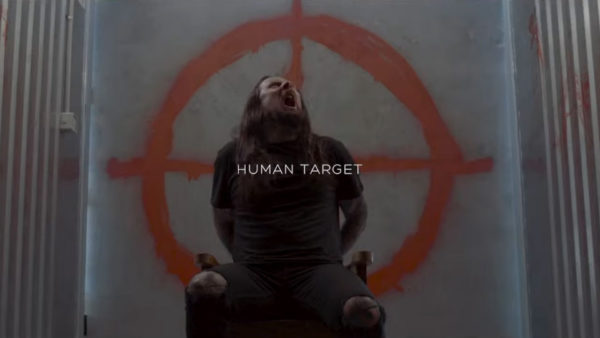 In anticipation of their mainstage performance at this year’s Bloodstock Open Air Festival in August, Thy Art is Murder have today, released information and a video for the title track off their new album ‘Human Target’.

The album’s release has been set for July 26th via Nuclear Blast (Rest of World) / Human Warfare (Australia, New Zealand), and today, the band has unveiled a music video for the title track, which you can watch below;

Comments THY ART IS MURDER guitarist Andy Marsh: “Human Target” was the last song written for the album as I felt we lacked an opening track to set the mood and provide the impact for what was to come. Human organ harvesting had been brought to my attention as a serious matter that wasn’t receiving much coverage (or not enough for me to hear about it) and I thought the issue required more scrutiny and awareness. To distill the metaphors of proletariat subjugation down to the visceral injustice of taking away the engines of life, seemed to be a powerful atmosphere to open the record.”

Human Target was produced, engineered, mixed and mastered by Will Putney at Graphic Nature Audio in Belleville, NJ. The artwork was once again painted by Eliran Kantor (HATEBREED, TESTAMENT,  ICED EARTH, SODOM).

Pre-order Human Target in various digital and physical formats from this link.

Catch them on tour this Summer on the following dates; 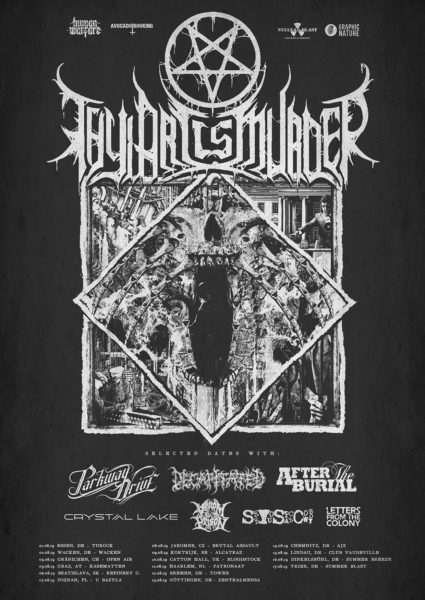