TOOL’s ‘Fear Inoculum’ (RCA Records), is heading back to record stores, with an expanded book edition of the collection slated for a Dec. 13th release.

Pre-order available via the link at the bottom of this article. 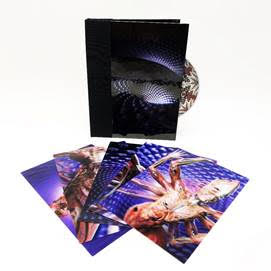 Quite possibly the era’s most highly-anticipated album, TOOL’s fifth album, which arrived on Aug. 30th, was met by lengthy lines at retailers as music lovers clamoured to get a copy of the groundbreaking, limited edition physical release.

News of the expanded book edition of Fear Inoculum arrives as the band has announced a new run of US dates (listed below).

November 15 general on sale at 10 am local time

Place your order for the deluxe edition of ‘Fear Inoculum‘ via this link.