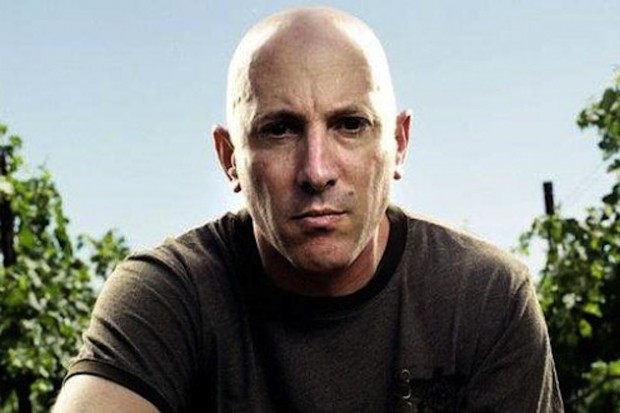 Maynard James Keenan (Tool/A Perfect Circle/Puscifer) recently opened up to Phoenixnewtimes.com regarding his various projects (he had no comment on Tool); his thoughts on the music industry and his upcoming autobiography.

Some excerpts from the lengthy feature can be found below:

“I think there are a lot of misconceptions with some people that, all of a sudden, I was born when my first band came out. I actually had a life before that, and there were a lot of accomplishments. [The book] will kind of chronicle why it is I got to where I am, and why I got to where you knew about me.”

On the illegal downloading of music:

“There’s a disconnect between people not buying music and not understanding why [bands] go away. There are people who are like monkeys in a cage just hitting the coke button. They don’t really get that for [musicians and artists] to do these things, they have to fund them. They have to have something to pay the rent.”

On the future of the music industry:

“It’s going to have to default back to people who are willing to do more work for less money, basically. You have to kind of do it out of love, and doing it by living within your means and getting to an end of what you want to do, other than worrying about 401(k)s and insurance and all that crap that comes with being paid by someone else [so] you [can] coast.”

“The illusion is gone. There’s no longer blank checkbooks. I remember playing a show ages ago, where Helmet got offered a [record deal worth a] million dollars. Oh, my God! A million dollars.

Of course, all that did was make every other band with ego throw its dicks on the table and say, ‘Well, I want a million five.’ ‘Well, I want two million; I’m more popular.’ There was never any rhyme or reason to what those numbers ended up translating to at the end of the day.

If you go back and track what somebody actually paid for something, it’s not nearly as dialed-in as, say, a video-game corporation saying, ‘No, we’re going to sell exactly this many units of this game.’ It was never that calculated. The people running [the business] weren’t qualified to run it.

“I don’t know, I feel like I’m kind of torn. There’s two sides of my brain fighting with each other. There’s something about connecting with that physical piece of property, and also things you don’t know about.

Some images and artwork that are totally connected and related to the song you’re hearing, and you make the connection by seeing that image, and it completes the joke or completes the thought; that’s a little disconnected.

However, as an independent project — no funding, no record label, no underwriters, nothing — the whole digital route is a lot more sustainable. You’re not wasting a lot of paper or plastic products, except for the manufacturing of computers, which apparently go out of date every week. Thank you very much, Apple.

But you’re able to get that music out there and have a direct connection to who you’re selling it to — and actually fund your project.

We have our own thing figured out. I think that’s how the pieces are going to settle into place. It’s going to default back to people who want to do this and are willing to do this. Once people find their own way and find their own audience, they might kind of peek their head up over the crowd long enough to see that there’s an entire movement happening, and we did it individually.

It’s critical mass; it all disseminates in a way that you go, ‘Oh, this is the new thing now.’ People just did it naturally, and people just did it in their own ways, in their lines and their mediums and surroundings. They’ll all step back and realize they’ve all come to the same place.”