Florida contemporary Metal outfit, TRIVIUM are preparing to release the follow up to ‘Silence in the Snow’ which saw the band enlist the help of Disturbed frontman, David Draiman. A cryptic new video has appeared on the band’s social media platforms suggesting a heavier approach than that of previous releases. 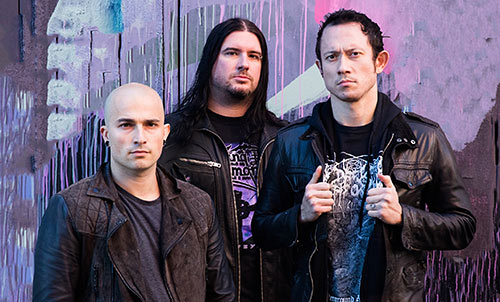 Trivium aren’t the type of band to scream from the rooftops when they’re in the studio. They typically keep quiet until they are close to done with new music and then begin teasing the possibility of new music. It seems we might be on the cusp of a new Trivium album cycle, seeing as their last three albums were released within two years of each other.

Their last release, Silence in the Snow came out in October of 2015, so we’re right around the time of the cycle when the promotion begins.

Check out the video that appeared on the band’s website in the last 24 hours below;

At this point in time, the band are not giving up any more information, however, keep your eyes on Overdrive for updates as they happen.