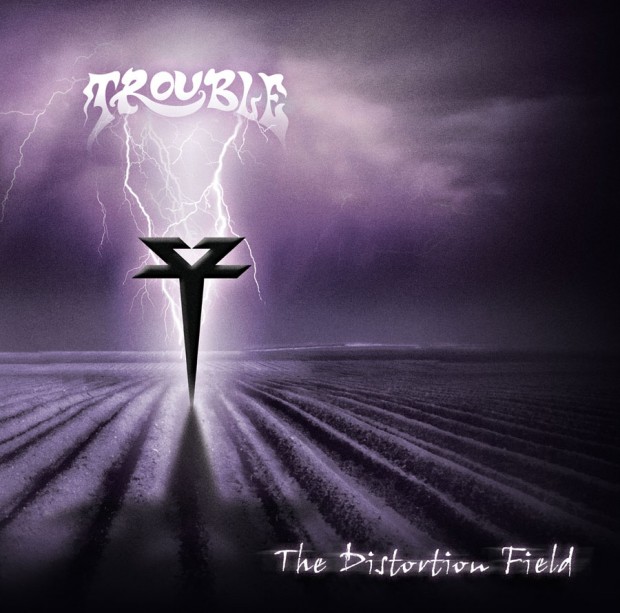 Hailing from Chicago, Trouble were a band I found out about when their “Simple Mind Condition” hit in 2007. I love that album, heavily effected guitars, groove, almost ethereal vocals and a nod to some of the most influential progressive bands within the Rock/Metal history books.

A smattering of Doom, Stoner, Metal, Progressive Rock all brought together with a feel that you can’t phone in. I went back in time and explored critically successful ‘Pslam 9’ and ‘The Skull’ which had a slightly heavier feel to them and all that groove to boot.

For most people the classic line up with singer Eric Wagner held a lot of the sound they enjoyed, I also would be one of those people. This is one of the reasons why I was initially skeptical of Exhorder’s Kyle Thomas stepping to the plate for vocals on new album “The Distortion Field”, we need not worry. This line up sounds superb. To give you an idea of Kyle’s vocals, clear with rasp, heavy with melody, which will make more sense when yo go buy the album. Metal won’t survive on people waiting for the bands to come to their town so they can go see them. Album and t-shirt sales all make a massive difference so get involved people!!

Back to the album.. The first cut on this opus is ‘When the Sky Comes Down’ which is a great introduction to those who haven’t listened to the band before, or in a few years.
Slow brooding intro, right into the faster Doom ‘n’ Groove that made so many hold them dear. Follow up tune “Paranoia Conspiracy” does not let up either and all that songwriting that really held Trouble above a lot of their peers comes flying through and takes your head off.
A couple of tracks into the album and “One Life” stands out as a slab of classic Doom sporting a superb piano intro and a heavy as hell riff. The track order (where so many bands mess up on) makes you want to find out what is coming next.
This is an album that is a full 13 tracks of killer and zero filler. Highlights on “Distortion Field” are the almost Pantera riffed “The Broken Have Spoken” and “Glass of Lies”. This new album sounds like classic Trouble but with a new energy that leaves me with an anticipation of what the future holds for them.
Overdrive Rating 4.8/5