TRUCKER DIABLO LAUNCH ‘OTHER SIDE OF THE CITY’, AHEAD OF APRIL 26TH ALBUM RELEASE.


Having closed last year’s ‘Winter Storm Festival’ in Scotland, Trucker Diablo have been flat-out working on their new studio album. Today, you can get your first taste of the said album, with a preview single/video for ‘Other Side of The City’. 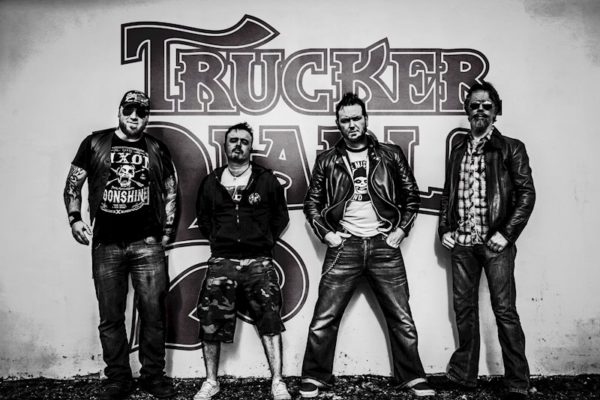 Quietly tinkering with the Big Truck over the winter period, and regaining control over previously label owned albums, the band dug some song ideas out of the archives, and from those sessions came the idea to celebrate 10 years of Trucker Diablo by re-releasing the first two albums in a special package, with bonus tracks and unreleased songs.

The new package became the 30-song laden ‘Devil Songs‘, the combination of The Devil Rhythm and Songs of Iron, and will be released in May 2019.

“I remember when we wrote City. Simon (Haddock) and I were in my old rock shed jamming and reminiscing about the old days, growing up, all our favourite films and music. Simon showed me this riff he had, and I started jamming and when he played the chorus, the first lyric I sang is still the lyric today. It was like magic and we loved it. We pride ourselves on good songs no matter how heavy or light, the song is king and we are proud of how it turned out“, stated vocalist Tom Harte.

The lead single ‘Other Side of the City‘ is one of the unreleased tunes from that period and combines everything Trucker became known for since that initial debut album, big riffs, sing-along choruses and that feeling we’re in it together!

Check out the new video/single for ‘Other Side of The City’ below;

Recorded late 2018 with long term producer Frankie McClay at Einstein Studios, and featuring current bassist Jim McGurk, ‘Other Side of the City’ will be released on 26th April 2019.

‘Devil Songs‘ 30 song double cd/digital package will be released on May 2019. 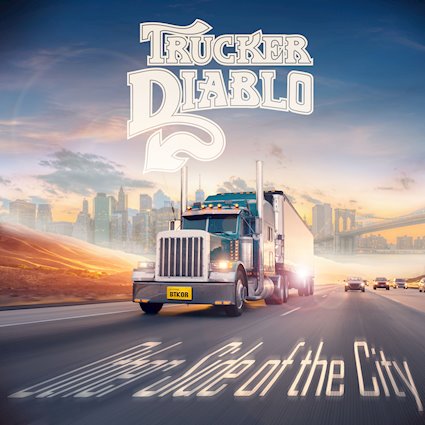