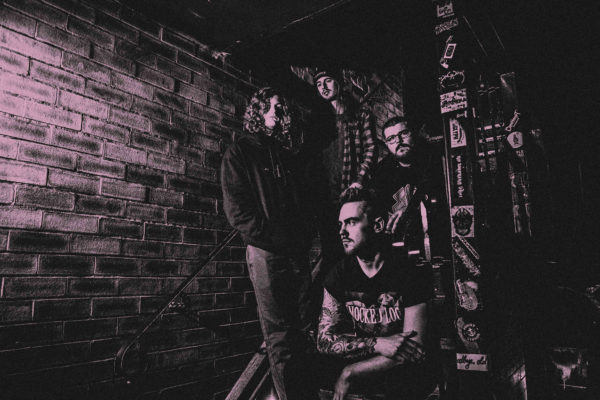 Do you like getting punched in the face repeatedly with gnarly-ass riff goodness?

Then you’ve come to the right place! Cutting Teeth are about to make a sonic 40ft wave in the hardcore scene and we have the proof with their new single ‘Aggressor‘ which is streaming below;

The band comments: “Aggressor is a song about accepting a fate and feeling trapped, it’s about feeling you’ve been lied to and seeing a bleak outlook on the future, not intended to be political as the beast can take many forms from your teacher to your boss to the media to someone who’s close to you. It’s about the frustration you feel being in this position and the aggression you feel to being put there.”

Inspired by the likes of Every Time I Die, Cancer Bats and Converge, Cutting Teeth take a typically American genre, but fuel it with a British attitude, incorporating DIY ethics into every facet of the band.

Only formed in 2018, the Yorkshire quartet have already amassed an impressive live CV, having played shows alongside Bleed From Within, Loathe, Lotus Eater, Parting Gift and Modern Error.

The band are quickly gaining a reputation for their frantic, energetic, and passionate live show, and with gigs booked across the country and summer festival appearances announced, 2019 looks to be another non-stop year for CT.