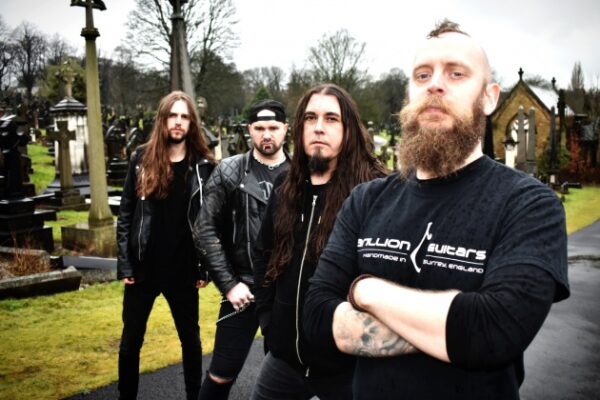 Since their formation in 2004, EVILE have been turning heads and taking names, delivering four pure thrash offerings blended with an uncompromising death metal assault.

Hell Unleashed, the long-awaited successor to their 2013 release Skull, will make no exception – but this time, the album features a new exciting line-up formation of Ol Drake on vocals/guitars and new member Adam Smith of RipTide as rhythm guitarist.

Following the recent release of the blistering album title track from Hell Unleashed, today, the band has released their second single – the sharp and hard-hitting new track “Gore”! With these raging riffs full of anger, EVILE reach another dimension of pure evil, featuring the impressive backing vocals of American actor, comedian and musician Brian Posehn!

Watch the new video clip for “Gore” in a worldwide premiere below:

“Here it is! The second new EVILE single from the upcoming album Hell Unleashed. This is a song about a topic that no other metal band has ever covered before; a serial killer. This song harkens back more to the first EVILE album; it could easily be a track from our beginnings. It’s heavy, it’s fast, it has some great changes, and it will punch you in the face sonically. The overall message of this song/video is that these horrible individuals are hidden in plain sight. They could be our friends, family, or colleagues.

We’re also excited to welcome back the extremely hilarious and extremely metal comedian Brian Posehn. He was kind enough to provide us with some backing vocals in the chorus. Luckily, we only needed the one-word shouting, so we got a great collection of Posehn ‘Gore’s to sift through. Thank you, Brian!

One can be sure, Hell Unleashed is a raucous and masterful thrash metal attack! In just 41 minutes, the album unchains the unbridled forces of hell, catches some rousing demons of the past, and provides classical thrash metal with a contemporary yet hard-edged touch.

The newly staffed four-piece strikes again on nine explosive tracks, leaving nothing but a hammering world of sound taken apart by thrash. Endangering guitar lines, which quickly build up to a furious thrash manifesto and attack the eardrum at breakneck speed, meet the merciless velocity EVILE are known and loved for.

Hell Unleashed was produced by Chris Clancy at Backstage Studios, UK, and will not only feature explosive guest backing vocals from Brian Posehn but also include a cover song:

“This is the first album EVILE have done to include a cover song in the tracklisting. I’ve been a big fan of death metal for a long time and seeing as this album is on the more extreme side of thrash vocally and musically, we thought it was a perfect opportunity to cover Mortician’s ‘Zombie Apocalypse’. It has one of the greatest riffs in it!

We’re also very excited about the return of the legendary Michael Whelan (Sepultura, Obituary, Stephen King) as a cover artist. He did the art for our second album and he’s always a pleasure to work with.”

Hell Unleashed will be available in LP Gatefold, CD Jewel Case and Digital formats. The limited 1LP Gatefold Deluxe Edition will also include an exclusive Artprint and band logo patch! The pre-sale has just started at THIS LOCATION! 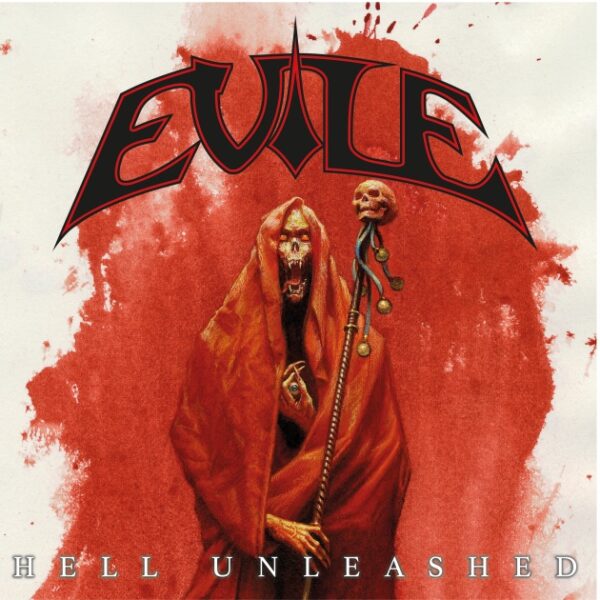