The psychedelic Uncle Acid & The Deadbeats and fellow heavy European rockers Graveyard are heading out on a March 2019 co-headlining North American tour. 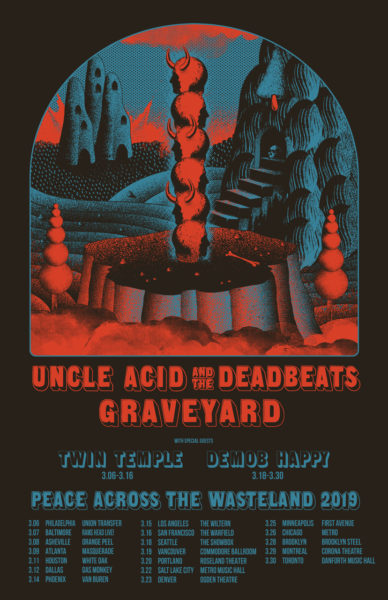 Dubbed “Peace Across the Wasteland,” the tour name references both bands’ most recent album names. “Peace” is Graveyard’s 5th and out now via Nuclear Blast. “Wasteland” is also Uncle Acid’s 5th and also out now via Rise Above Records.

Beginning in Philadelphia, they travel across the country before returning east to play Brooklyn Steel, their last stop before a trip up north to Canada. Twin Temple opens the first half. Demob Happy takes over in Seattle. All dates are listed below and in the poster above.

“It’s time to let ‘Peace’ roll out across the Wasteland. Graveyard and Uncle Acid and the Deadbeats will co-headline a tour of North America in March 2019. This will be the first time the bands’ tour together and were both bringing tons of new music. This one is going to leave no mind unblown,” says Graveyard of the upcoming run.

“We’re looking forward to travelling across the wasteland and destroying minds with Graveyard in 2019. This will be our first North American tour in three years so it feels long overdue. See you down the front!” says Uncle Acid frontman Kevin Starrs.

Graveyard broke up in 2016 but then got back together in 2017. Related project Witchcraft also has U.S. shows scheduled.

Uncle Acid and the Deadbeats will be performing in Dublin’s Academy, Green Room on Sunday, January 20th with special guests Blood Ceremony. Tickets are on sale now via Ticketmaster. Please check MCD Productions for further details. 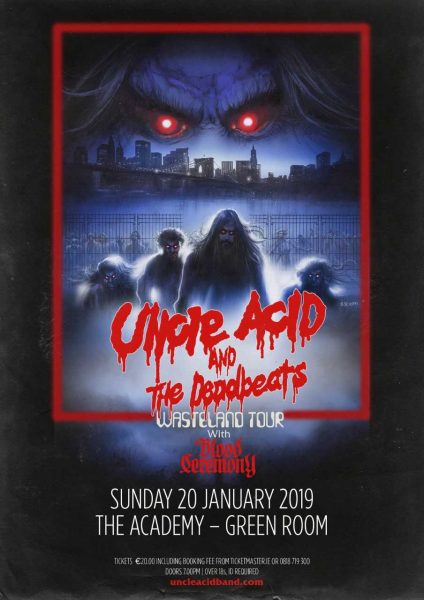