It’s that time of the year again when EHT Promotions brings the Unleashed Festival to life, with a selection of bands that are without a shadow of a doubt; the cream of the crop in the Irish metal scene. This year is no exception as a line up of who’s who can be seen in On The Rox this Saturday from 5pm. Get all the details below and be in with a chance to win a pair of tickets to the show. 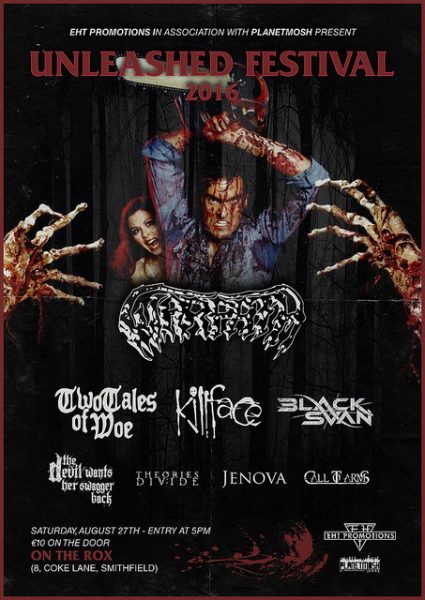 Joining forces with our friends Planetmosh, EHT Promotions have a plethora of fantastic Irish metal on the menu for this Saturday August 27th with admission only €10.00 on the door. Please note that there are not advance tickets, so it’s best to get there early to avoid disappointment.

Headlining the 2016 Unleashed Festival is non-other than Irish death metal up-starts, Warpath, who have been busy working on their highly anticipated The Ambiance of War album later this year. Check out the killer artwork below. 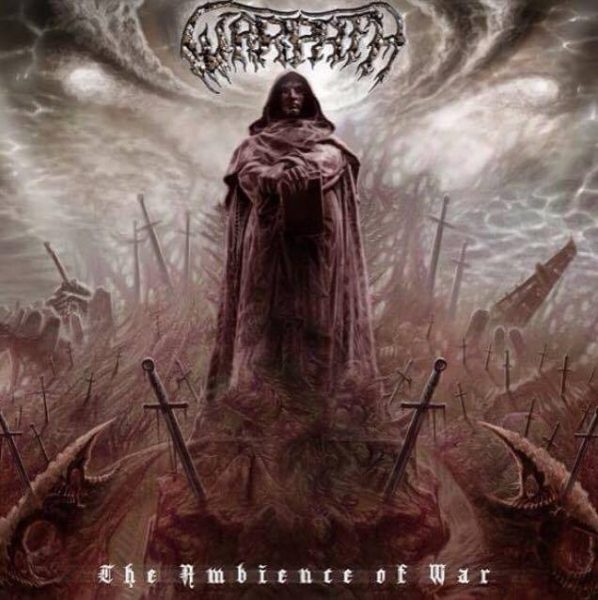 Joining WARPATH on the bill will be TWO TALES OF WOE, who have just returned from a triumphant performance at this years Bloodstock Open Air Festival thanks to their taking part in the Official Irish Metal 2 The Masses earlier this year.

Continuing with the Unleashed Festival’s line up see’s the mighty KILLFACE return from a long period of writing and recording their forthcoming new album which is due out later this year. BLACK SVAN, THE DEVIL WANTS HER SWAGGER BACK, THEORIES DIVIDE and JENOVA round off, what is guaranteed to be a legendary event and definitely a highlight on the Irish metal gig calendar.

Check out the title track from Theories Divide’s awesome debut ‘The Outcast’ below.

Stage times for the day have just been released and are as follows:

For your chance to win tickets to the Unleashed Festival 2016 on Saturday August 27th, simply do the following:

Share this editorial on your social media page and mention “Overdrive” in your comments. Please made sure that you post as a PUBLIC post or we won’t be able to see your entry!