Swedish metal crew THERION make their return to Ireland in February with a headline show at Dublin’s Tivoli Theatre on February 11th. 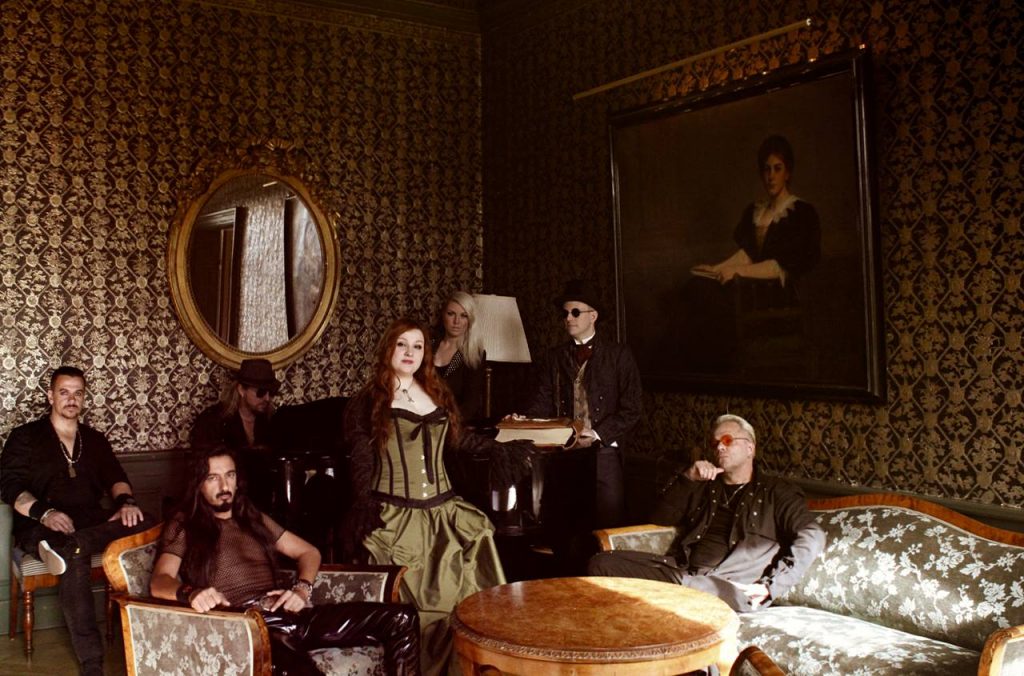 Tickets for Therion will be available from Thursday, 24th August at 10 am from Ticketmaster, Tickets.ie and Sound Cellar priced at €27.50 (inc booking fee).

When 15-year-old prodigy Christofer Johnsson founded THERION as a death metal band in 1987, little did he know that exactly 30 years later he would put the final touches to a project that will go down in history as symphonic metal’s most ambitious release.

While ‘metal operas’ are no longer an unusual creation, this term will forever receive a new meaning on January 26th, 2018, when the curtain opens for Johnsson’s lifelong creation: ‘Beloved Antichrist‘ is the title of his spectacular brainchild, consisting of 3 full-length CDs and is more than just a concept album, but a complete rock opera with multiple chapters, unveiling a sweeping story partly based on and inspired by Vladímir Soloviov “A Short Tale Of The Antichrist“.

With an incredible total of 29 different roles and characters, who all required a unique voice, THERION hired not only a big choir but also 29 vocalists to bring the epic story to life. With long-time collaborators like Thomas Vikström, Lori Lewis and Chiara Malvestiti, fans will hear the classical THERION vibe but also be able to drown in a magical maelstrom of many new as well as familiar voices.

Check out some of Therion’s performance at Wacken Open Air last year below;

Divided into several chapters, the opera reaches a full length of 3 and a half hours and THERION are currently working on the possibility of bringing the entire production to the stage. And while this monumental undertaking still simmers away in the Swedish production halls, the band has announced a pan-European tour where they will perform some of their new masterpieces live in a classical concert setting. Support comes from Russia’s symphonic metallists IMPERIAL AGE and Germany’s NULL POSITIV.

Don’t miss this new milestone in the history of symphonic metal and witness this dramatic staging of the apocalypse and all those brave, sinister and fascinating characters heading towards the end of it all. “The world of metal would not be the same without THERION“, wrote UK’s Iron Fist Magazine in 2014 and one thing is for sure: After the unleashing of Beloved Antichrist in 2018, it never will be again. 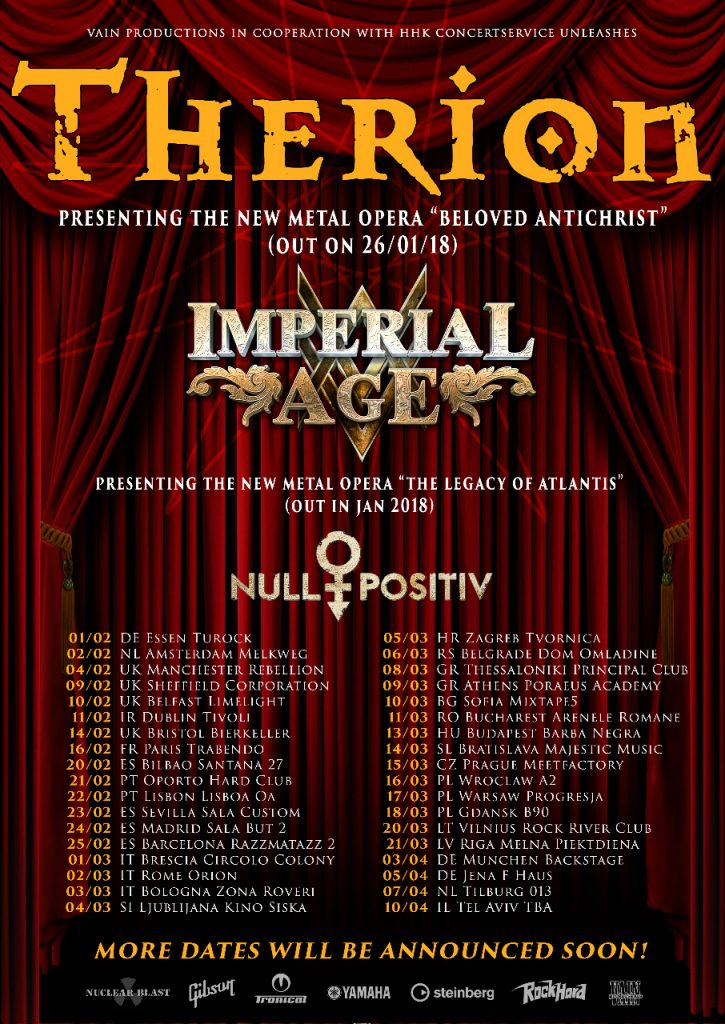