Cherry Red Records blew off the dust on both ‘World Circus’ and ‘Think This’ from underground technical Thrashers, TOXIK. 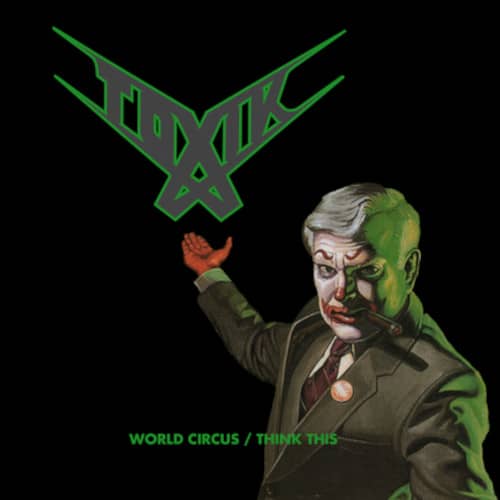 If you’re the type of person who gets excited about hyper, galloping riffs, twinned with falsetto vocals, saturated with that ‘old-school’ vibe, then you’ve come to the right place.

Having formed in ’85 in Peekskill, New York, Toxik burst onto the scene with their primitive sounding, ‘Wasteland‘ debut in ’86, which was swiftly followed by their Roadracer Records offerings, ‘World Circus‘ in ’87 and ‘Think This‘ in ’89’.

The latter in which Cherry Red Records choose to give some much needed exposure with this re-issue split, for those who missed out on picking up these hard to find hard copies.

Featuring a vicious aural assault twinned with marmite-style air-raid vocals from the bands two vocalist, Mike Sanders ‘World Circus‘, and his replacement, Charles Sabin on ‘Think This‘, both albums offer scorching guitar solos courtesy of Josh Christian – (a technically advanced guitarist for his time) along with the type of bangers that trigger the urge to slip into some drainpipe denim jeans and scuffed-up hi-tops.

Recorded in the now legendary Morrisound Studios in Tampa Florida, the production on both LP’s has stood the test of time and is simply overflowing with an era that built the the most influential of pillars to generations of new genres that drew inspiration from this very important moment in Metal’s history.

An unpredictable gem for any Thrash collector and worth of regular spins. Pick up your own copy from Cherry Red Records via this link. 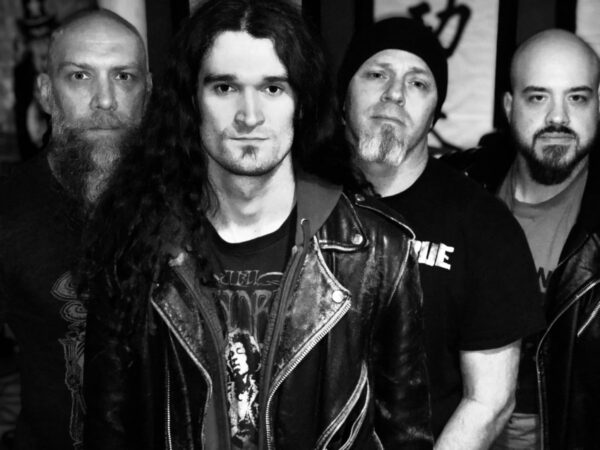